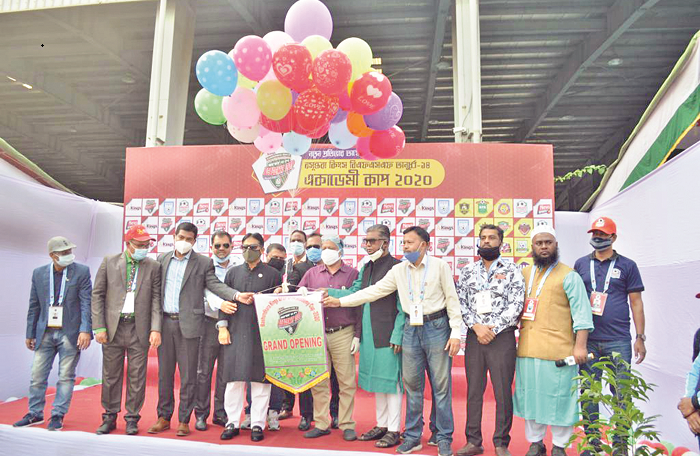 This year, a total of 12 teams, split into four groups, will take part in the league basis 9-day meet. Each team will register 20 players. Top team from each group will play semis on December 9 while the final will be held on December 10, all at the same venue. The champions will be awarded Tk 1,00,000 and the runners-up Tk 50,000. Each team will get Tk 5,000 as the participating money.

In the first edition of the meet, Shamsul Huda academy emerged as the defending champions while Spartan MK Gallactico Sylhet FC were the runners-up. Besides, some 180 booters from this competition got chances to play in the different teams of Pioneer Football League organised by Bangladesh Football Federation (BFF).

This year, some 17 academies initially registered their names for taking part in the competition this year.  Later, the tournament committee selected 12 teams through a lottery. The champions and runners-up teams didn't register as they failed to form their respective teams with the appropriate limited-age players.