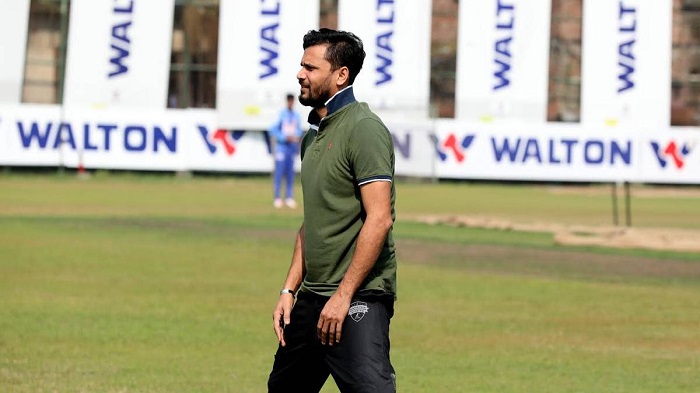 Gemcon Khulna expressed their interest to rope in Mashrafe Bin Mortaza for the remaining part of the ongoing Bangabandhu T20 Cup 2020, Nafis Iqbal, the manager of Khulna said Thursday.

Mashrafe, the former captain of Bangladesh, played his last competitive game in March this year. He, like many other cricketers, was out of action since the coronavirus outbreak in the country. Mashrafe was also absent when many cricketers joined the individual training programme and took part in the President’s Cup 50-over competition.

Citing concern over fitness, Mashrafe had opted to stay out of the players draft for Bangabandhu T20 Cup as well. But he has started training recently.

“We saw Mashrafe started training. So, we've shown our interest to rope him in. I think Mashrafe is the kind of player who is expected by every team. But everything depends on his personal call, and at the same time, we've to take the decision of the board as well,” Nafis told the media.

It’s still not clear whether any other team of Bangabandhu T20 Cup showed interest for the same. As per the by-laws of this event, any team can rope in any player who is not listed in the player’s draft.

“Since Mashrafe wasn’t listed in the draft, any team can take him in their squad. Every team has the same right. But it depends on Mashrafe’s call and the combination of the teams. We just showed our interest. Now the thing is on Masrhafe and the board,” Nafis added.

On paper, Khulna is the strongest team in the competition as they have allrounders like Mahmudullah Riyad and Shakib Al Hasan.

Khulna have played four games in the event so far and won two of them. Both Mahmudullah and Shakib are yet to come up with the performance expected to them. In the next game of the event, Khulna will take on Fortune Barishal on December 4.