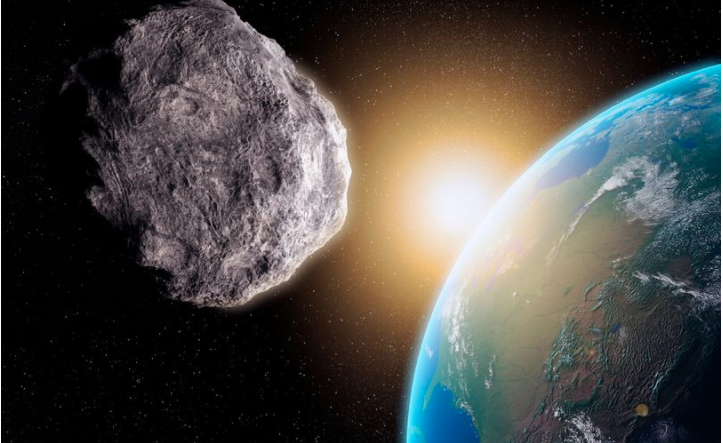 NASA has revealed that an asteroid twice the size of Big Ben will skim past our planet this evening.
The asteroid, dubbed 2020 WD5, will zip past Earth at around 20:27 GMT.

NASA predicts that the space rock measures between 96 and 210 metres in diameter. At the higher end of that estimate, it suggest the asteroid could be twice the size of London’s Big Ben!

During the passing, the asteroid will be over four million miles away from Earth. While that might sound far, it’s deemed a ‘close approach’ by NASA.

Thankfully, the chances of 2020 WD5 hitting us are extremely low.
However, NASA hasn’t ruled out the possibility of an asteroid impact in the near future.

NASA explained: “Over long periods of time, however, the chances of the Earth being impacted are not negligible so that some form of NEO insurance is warranted.

“At the moment, our best insurance rests with the NEO scientists and their efforts to first find these objects and then track their motions into the future. We need to first find them, then keep an eye on them.”

If an asteroid is found to be on a collision course for Earth, NASA has several tactics up its sleeve to prevent a collision.

It explained: “One of the techniques suggested for deflecting an asteroid includes nuclear fusion weapons set off above the surface to slightly change the asteroid’s velocity without fracturing it.

“High speed neutrons from the explosion would irradiate a shell of material on the surface of the asteroid facing the explosion. The material in this surface shell would then expand and blow off, thus producing a recoil upon the asteroid itself.

“A very modest velocity change in the asteroid’s motion (only a few millimeters per second), acting over several years, can cause the asteroid to miss the Earth entirely. However, the trick is to gently nudge the asteroid out of harm’s way and not to blow it up.

“This latter option, though popular in the movies, only creates a bigger problem when all the pieces encounter the Earth.

“Another option that has been discussed includes the establishment of large solar sails on a small threatening object so that the pressure of sunlight could eventually redirect the object away from its predicted Earth collision.”