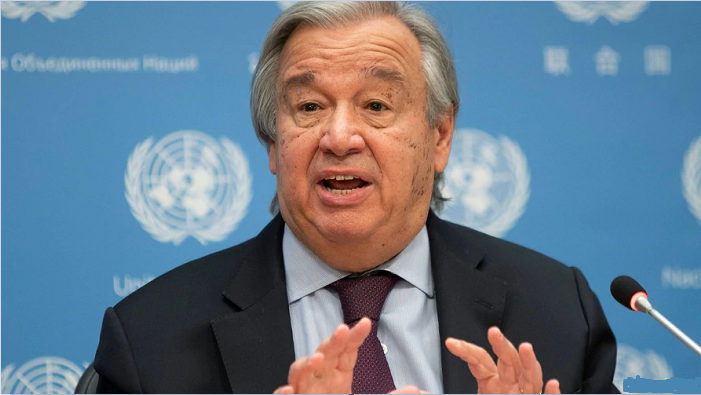 Describing the fight against the climate crisis as the top priority for the 21st Century, the UN Secretary-General, António Guterres, urged to take climate action and ‘make peace with nature’

The landmark address marks the beginning of a month of UN-led climate action, which includes the release of major reports on the global climate and fossil fuel production, culminating in a climate summit on 12 December, the fifth anniversary of the 2015 Paris Climate Agreement.

Mr. Guterres began with a litany of the many ways in which nature is reacting, with “growing force and fury”, to humanity’s mishandling of the environment, which has seen a collapse in biodiversity, spreading deserts, and oceans reaching record temperatures.

The link between COVID-19 and man-made climate change was also made plain by the UN chief, who noted that the continued encroachment of people and livestock into animal habitats, risks exposing us to more deadly diseases.

And, whilst the economic slowdown resulting from the pandemic has temporarily slowed emissions of harmful greenhouse gases, levels of carbon dioxide, nitrous oxide and methane are still rising, with the amount of CO2 in the atmosphere at a record high. Despite this worrying trend, fossil fuel production – responsible for a significant proportion of greenhouse gases – is predicted to continue on an upward path.

‘Time to flick the green switch’

The appropriate global response, said the Secretary-General, is a transformation of the world economy, flicking the “green switch” and building a sustainable system driven by renewable energy, green jobs and a resilient future.

One way to achieve this vision, is by achieving net zero emissions (read our feature story on net zero for a full explanation, and why it is so important). There are encouraging signs on this front, with several developed countries, including the UK, Japan and China, committing to the goal over the next few decades.

Guterres called on all countries, cities and businesses to target 2050 as the date by which they achieve carbon neutrality – to at least halt national increases in emissions - and for all individuals to do their part.

With the cost of renewable energy continuing to fall, this transition makes economic sense, and will lead to a net creation of 18 million jobs over the next 10 years. Nevertheless, the UN chief pointed out, the G20, the world’s largest economies, are planning to spend 50 per cent more on sectors linked to fossil fuel production and consumption, than on low-carbon energy.

Put a price on carbon

For years, many climate experts and activists have called for the cost of carbon-based pollution to be factored into the price of fossil fuels, a step that Mr. Guterres said would provide certainty and confidence for the private and financial sectors.

Companies, he declared, need to adjust their business models, ensuring that finance is directed to the green economy, and pension funds, which manage some $32 trillion in assets, need to step and invest in carbon-free portfolios.

Far more money, continued the Secretary-General, needs to be invested in adapting to the changing climate, which is hindering the UN’s work on disaster risk reduction. The international community, he said, has “both a moral imperative and a clear economic case, for supporting developing countries to adapt and build resilience to current and future climate impacts”.

The COVID-19 pandemic put paid to many plans, including the UN’s ambitious plan to make 2020 the “super year” for buttressing the natural world. That ambition has now been shifted to 2021, and will involve a number of major climate-related international commitments.

These include the development of a plan to halt the biodiversity crisis; an Oceans Conference to protect marine environments; a global sustainable transport conference; and the first Food Systems Summit, aimed at transforming global food production and consumption.

Guterres ended his speech on a note of hope, amid the prospect of a new, more sustainable world in which mindsets are shifting, to take into account the importance of reducing each individual’s carbon footprint.

Far from looking to return to “normal”, a world of inequality, injustice and “heedless dominion over the Earth”, the next step, said the Secretary-General, should be towards a safer, more sustainable and equitable path, and for mankind to rethink our relationship with the natural world – and with each other.