Double Standard of OIC on India's Kashmir Move Due to Pressure Tactics of Pakistan, Turkey & Malaysia 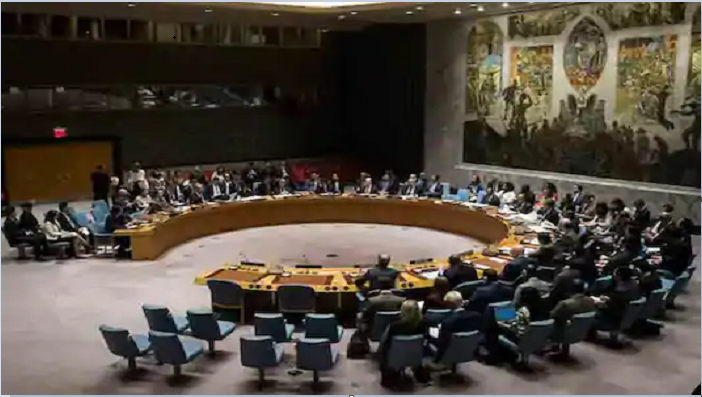 At the 47th Council of Foreign Ministers session of the 57-member strong Organisation of Islamic Community (OIC) held on November 27-28 in Niamey, the communal organisation has finally succumbed to the pressure and blackmail of three Islamic states and passed a resolution against the Indian government’s rightful abrogation of articles 370 and 35A of the Constitution.

Among these three countries are Malaysia whose Foreign Minister Hishammuddin Hussein issued a statement on October 28 against freedom of speech exercised by France, Turkey whose leader Tayyip Erdoğan called for ‘mental treatment’ of the French president after he refused to condemn freedom of speech that France has cherished since the French revolution, And Pakistan whose prime minister could find time from his global begging campaign to issue a statement demanding that the United Nations declares an international day to ‘combat Islamophobia'.

The above-mentioned three Islamic countries, which have nothing Islamic about them accept vilification of democracy, curbing freedom of the individual to express herself, persecution of religious minorities and threaten the world with an imaginary Islamic jihad, have over the recent years come closer and formed an informal alliance that reminds me of the fascist alliance formed between Italy and Germany before the Second World War that led to the destruction of Europe, Russia, the Middle East and Africa and cost the world community 600 million lives.

The question is why did the OIC give in to the pressure from these rouge states at Niamey? The answer can be found by looking at the economic and political bindings of OIC. First, we should consider the existential threat OIC faced after Pakistani Foreign Minister Shah Mahmoud Qureshi threatened to call a meeting of like-minded brotherly Islamic states (Malaysia and Turkey) if OIC does not give up its reluctance in calling for a special session to condemn India’s decision of August 5, 2019, to abrogate articles 370 and 35A.

Pakistan's rebellious demeanour did not go unpunished. Leader of the OIC retaliated by cancelling the $3 billion oil credit line to Pakistan and demanded that the former pay one billion dollars that it already owed to the kingdom. However, Pakistan continued to hold talks with Turkey, Malaysia and even China, and kept the threat of a split in the OIC alive. In other words, Pakistan was using political pressure as a blackmail tactic to get things done its way.

As competition for regional economic dominance amongst OIC countries intensifies and Turkey and Saudi Arabia race towards establishing political hegemony among the so-called Islamic world, the latter has been cowed into taking ultra-compromising steps to avoid a split in the OIC. However, as new global economic alliances banter for regional dominance in the Middle East and South and Far East Asia as well as in North Africa, and the war of economic dominance translates into political spheres of influence, sooner or later the OIC will have to be done away with. It will break up. The second reason for OIC to succumb to the pressure of the evil troika of Pakistan, Malaysia and Turkey stems from the fear of failure of Arab capitalism in a post-COVID-19 pandemic economic environment.

SESRIC report published on November 2 confirms these economic anxieties. The reports concludes: “The OIC economies which recorded a growth rate of 2.4% in real terms are also expected to contract by 2% in 2020”. In a post-COVID economic environment, it is thought to be absolutely crucial for a sustainable economic recovery that nation states stick together and mutually bear the brunt of domestic devastating effects of coronavirus crisis.

In my opinion, this is not going to work as long as OIC remains a conglomerate of economies struggling to free themselves from the enslavement of autocratic and totalitarian forms of governance. However, the fear of OIC disintegrating into opposing factions is also a reason for OIC's haste in taking a false stand over Kashmir. And finally, it wouldn’t surprise me if it is revealed at some point in the future that China played a decisive role in the apparently sudden decision taken at Niamey to add Kashmir to the agenda at the last minute. China is a major lender to OIC countries and some arm twisting of North African States and even Saudi Arabia should be looked into.

To imagine that post-COVID pandemic global economic environment would be dictated by the old world order that was cluttered in antagonist groups is naive. The post-Second World War world has witnessed Cold War between the totalitarian closed-door nationalised economies hidden behind the iron curtain and also the 40 years of neo liberal economic model based on Milton Friedman’s economic doctrine of unfettered capitalism. But since the economic crisis of 2008, and the precipitating aftermath, we have now convincingly entered the post-neo liberal era of modern capitalism.

Organisations such as NATO, OIC, BRICS, and similar ones that were dictated by the need of Cold War and neoliberalism have become obsolete. The future of global market economy will now depend on mutual interdependence between individual economies and not blocks of economies tied together. These smaller individual economies will have to choose between emerging economic giants such as China and India while be free at the same time of any military obligations to ‘protect' or ‘police’ the free market.

India will prove to be a far better choice for the Middle Eastern and African economies than China, which is driven by the lust of economic expansionism and the hidden agenda we call the Chinese debt trap. A Sabatini business model is developing in India under the Modi government that puts people before profit and friendship before competition and this is the only foreseeable way forward in a post-COVID pandemic world. The resolution passed by the OIC has failed to take into account the fact that Pakistan attacked the state of Jammu and Kashmir on October 22, 1947, and is an aggressor and an occupier.

It also does not address the plunder of the rivers in PoK which are having devastating effects on ecology and lives of the locals. The resolution fails to acknowledge the double colonisation of Gilgit-Baltistan by Pakistan and China and the illegal CPEC agreements. It conveniently ignores the elections held in the occupied territory of Gilgit-Baltistan on November 15 which were highly disputed and violent protests have been the norm since. The resolution stubbornly ignores the October 26, 1947, instrument of accession signed by the Maharaja of Jammu Kashmir with the Republic of India which makes any issues between the Centre and the union territory a matter of internal affair.

Not only that, the resolution fails to observe the recent high turnout in the Direct Development Council elections held in union territory of Jammu and Kashmir. To pass such a one-sided resolution on Kashmir that is devoid of historical facts and the current status of Jammu Kashmir can only be seen as a double standard set by OIC when it comes to India. In today’s context, a biased and one-sided approach to global conflicts demonstrates only one thing that OIC is outdated and fast-becoming another obsolete conglomerate that should have by now become a reminiscent of the past.