Up to Pakistan if it wants to cooperate with India's initiatives at SCO: MEA 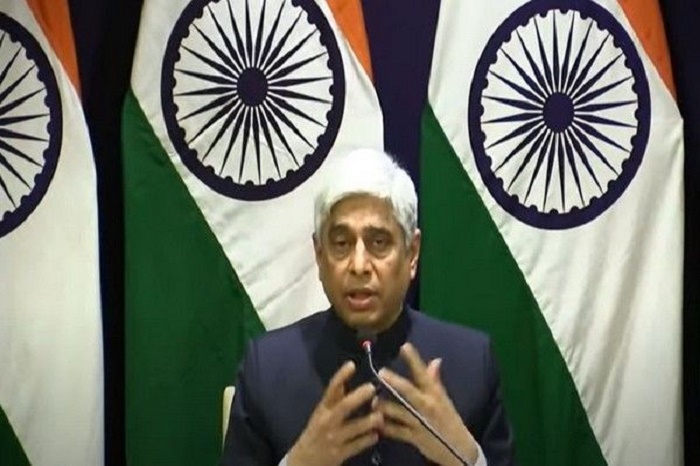 It is up to Pakistan whether or not it wants to join India-led initiatives at the Shanghai Cooperation Organisation (SCO) meeting, External Affairs Ministry said on Monday and noted that the SCO charter has a provision that one country cannot prevent cooperation in areas and allows member countries which are interested to take it forward with the exclusion of the country that is opposing.

Vikas Swarup, Secretary at MEA said that India has always adhered to Article 2 of the charter of the SCO, which prohibits raising bilateral issues at the grouping's forums and hopes the "other countries" to follow the same.

Speaking after the conclusion of the 19th meeting of the SCO Council of heads of states, Swarup said: "As far as whether Pakistan is going to join (our) initiatives, it is up to them. SCO charter has a provision that one country cannot hold up cooperation in areas and allows member countries which are interested to take it forward with the exclusion of one country that is opposing," he said.

"Article 2 of the SCO charter prohibits bilateral issues from being raised in SCO forums because we all have seen that raising bilateral issues only serves to vitiate the atmosphere and holds up concrete cooperation in a whole host of areas," he said.

Swarup said: "As far as we are concerned, we have scrupulously adhered to this provision of the SCO charter. We expect other countries to also do the same. If countries come with this mindset them surely we can find common ground for mutual cooperation."

He said that the SCO was created "primarily to promote peace and security to tackle the challenges of terrorism, extremism and separatism and to promote trade and cooperation and cultural partnerships among the SCO member countries."

"India considers SCO as an important regional organisation to promote cooperation in the areas of peace, security, trade, economy and culture. We are committed to deepening our cooperation with SCO by playing proactive, positive and constructive role," he added.