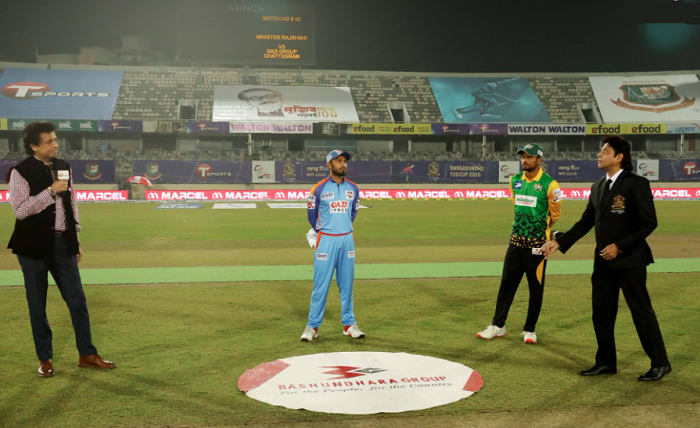 Chattogram, who tops the point table with three straight victories, is looking to make it four in four.

They however made one change to the side from the previous game with Taijul Islam coming back to the squad, in place of Sanjit Saha.

Minister Group Rajshahi who is in second position in point table with four points, also brought up one change with Arafat Sunny replacing Rezaur Rahman.