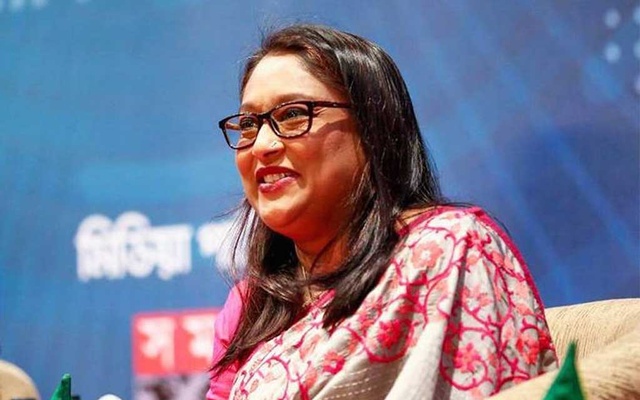 Ambassador of the Climate Vulnerable Forum (CVF) Saima Wazed Hossain has called for raising global awareness about climate vulnerabilities to fight against the adverse impacts of climate change.

The CVF chose Saima Wazed Hossain as its Thematic Ambassador for Vulnerability in July this year.

Abul Kalam Azad, Special Envoy to Bangladesh Presidency of the Climate Vulnerable Forum, presented a keynote paper at the dialogue. The event was participated, among others, by High Commissioners/Ambassadors and diplomats of 40 CVF member countries based in London.

In his speech, British Minister Lord Goldsmith reiterated the UK’s call to the governments for stepping up on finance for nature-based solutions (NBS), which provides around a third of the most cost-effective climate change mitigation. He emphasised UK’s ambitious climate action plans as President-elect of COP26 as well as its long-term strategies towards a net-zero by 2050.

Shahriar Alam in his speech said Bangladesh remains one of the worst affected victims of global emissions, despite having a negligible carbon footprint. But the country has made remarkable progress in both adaptation and mitigation measures with strong political commitment and prudent leadership of Prime Minister Sheikh Hasina and the resilience and strength of its people.