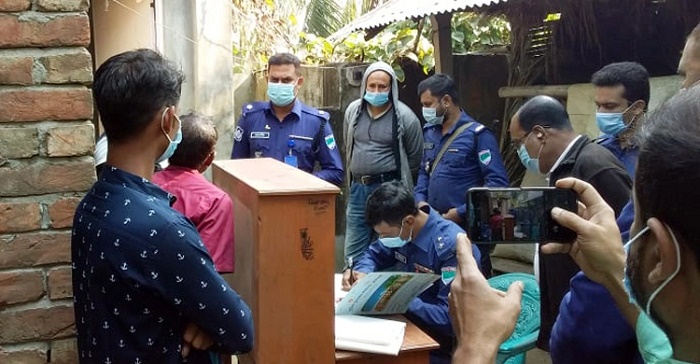 An elderly woman was strangled to death by her sister-in-law over family dispute at Bagunda village in Alamdanga upazila of Chuadanga on Tuesday night.

The deceased was identified as Saharbanu, 55, wife of Ganjer Ali and a resident of the area.

Alleged killer Sima Khatun has been absconding since the incident.

According to locals, Sima locked in an altercation with her mother-in-law. At on stage,  Sima strangled  Saharbanu to death and fled the scene.

Alamgir Kabir, officer-in-charge (OC) of Alamdanga Police Station, said on information police recovered the body of the victim this noon and sent to hospital morgue for an autopsy.

The real cause of her death will be known after getting the autopsy report, he said.