This global airline has no passengers, no cargo and flies just one way 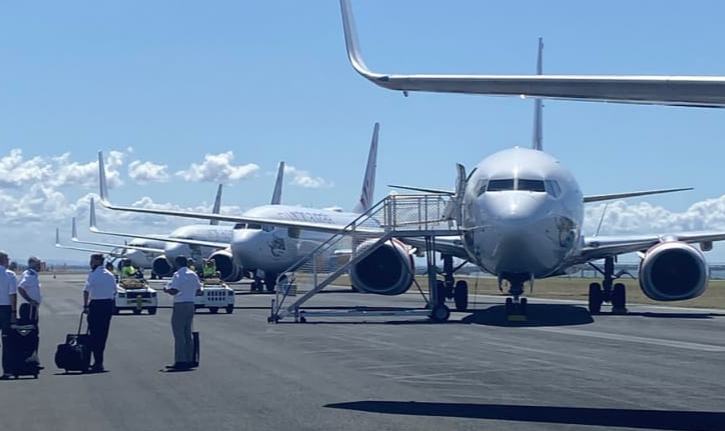 The team at Jet Test and Transport runs a global airline -- but the planes fly on a one-way trip without passengers or cargo.

They are experts in ferry flights, moving empty aircraft around the world.

In the age of Covid-19, with airlines parking and shedding jets, co-founder Steve Giordano and his pilot partners are some of the busiest guys in the sky.

About half of the world's fleet of more than 20,000 commercial aircraft are leased to airlines. At the end of a multi-year lease, an airline may decide to re-up or return the plane to the lessor.

That is where Jet Test and Transport comes in.

Aircraft leasing has been booming business. Unlike a commercial real estate developer's building, or space rented in a mall or office building, if business goes sour, the aircraft can be reclaimed and sent to another operator. It is, by definition, a mobile asset.

"When an aircraft is returned [from an airline] at the end of a lease, we'll transport the aircraft either to the next customer, or into storage or into maintenance," says Giordano in an interview with CNN Travel.

"That's about half of the ferry work. And the other half is the opposite -- taking the airplanes out of storage or out of a maintenance facility and to the new operator."

Jet Test began operations in 2006, although Giordano began ferrying airplanes a couple of years earlier than that.

Following the procedures of an airline, Jet Test is regulated under a Bermudian Air Operators Certificate (AOC), and is structured the same way as a larger air carrier. It even has its own identifier callsign for its flights -- JTN.

In fact, Jet Test functions just like a small airline, but with one big difference -- it doesn't have any aircraft.
And it's not just Point A to Point B flying for Jet Test, either. As its name suggests, Giordano and his team perform test flights on planes returning to service after maintenance or modification, including planes that started life as passenger jets and were converted to haul cargo, fight fires, or disperse oil spills.
Big or small, we fly them all!

Airline pilots might spend years flying one type of aircraft, but Jet Test's pilots enjoy flying a plethora of planes.

With 80% of his company's 250 annual flight operations devoted to ferry flights, Giordano and his pilots must be checked out, or "type rated," to fly just about any type of airliner, from 37-seat regional turboprops like the De Havilland Canada DHC-8 right up to "The Queen of the Skies," the 400-plus seat Boeing 747.

Giordano has 18,500 piloting hours -- the equivalent of more than two years in the air -- with half of his time spent in the McDonnell-Douglas MD-80.

"When you have 9,000 hours on one type it becomes ingrained. I know where every switch is with my eyes closed."

With life at Jet Test, the only thing that is constant is variety -- pilots jump from one type to another.
"I have 10 type ratings. My partners each have 10 or 11 type ratings, and most of our full-time, contract and part-time pilots each have at least five. We stay qualified across the board on everything," explains Giordano.

He flies a lot. And his plans can change minute-by-minute.

Giordano told CNN Travel that, over six days in November, he planned to cover more than 31,000 air miles, with about half the distance as a passenger on positioning flights.

As a pilot, he ferried a Boeing 737-300 freighter from Phnom Penh, Cambodia to Kinshasa in the Democratic Republic of the Congo and then expected to fly another Boeing, an enormous 777-300ER wide-body passenger jet -- Giordano's favorite plane to fly -- from Mumbai, India to Tupelo, Mississippi.