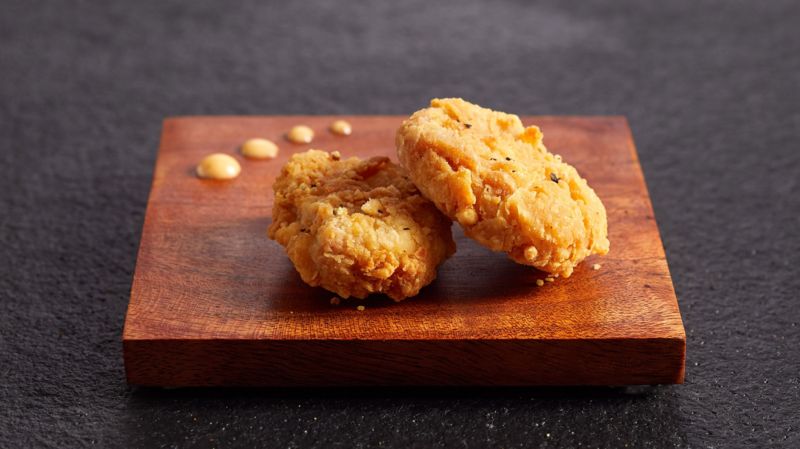 Singapore has given regulatory approval for the world’s first “clean meat” that does not come from slaughtered animals.

The meat will initially be used in nuggets, but the company hasn’t said when they will become available.

Demand for alternatives to regular meat has surged due to consumer concerns about health, animal welfare and the environment.

According to Barclays, the market for meat alternatives could be worth $140bn (£104bn) within the next decade, or about 10% of the $1.4tn global meat industry.

Plant-based meat options such as Beyond Meat and Impossible Foods are increasingly found on supermarket shelves and restaurant menus.

But Eat Just’s product is different because it is not plant based, but instead grown from animal muscle cells in a lab.

Breakthrough
The company called it a "breakthrough for the global food industry" and hopes other countries will now follow suit.

Over the last decade, dozens of start-ups have attempted to bring cultured meat to market, hoping to win over conventional meat eaters with the promise of a more ethical product.

Two of the largest are Israel-based Future Meat Technologies and the Bill Gates-backed Memphis Meats, which are both trying to enter the market with affordable and tasty lab grown meats.

While many have touted the environmental benefits, some scientists have suggested it might be worse for climate change under some circumstances.

The boss of Eat Just called it "one of the most significant milestones in the food industries" but challenges remain.

Firstly, it is much more expensive to produce lab-grown meat than plant-based products.

Case in point: Eat Just previously said it would sell lab-grown chicken nuggets at $50 each.

The cost has since come down but it will still be as expensive as premium chicken.

Another challenge for the company is the reaction of consumers.

But Singapore's approval of Eat Just's product will likely attract competitors to set up operations in the city state, and it could also prompt other countries to approve it, too.

“It was found to be safe for consumption at the intended levels of use, and was allowed to be sold in Singapore as an ingredient in Eat Just’s nuggets product,” the SFA said.

The agency said it has put in place a regulatory framework for “novel food” to ensure that cultured meat and other alternative protein products meet safety standards before they are sold in Singapore.

“I'm sure that our regulatory approval for cultured meat will be the first of many in Singapore and in countries around the globe,” said Josh Tetrick, the Eat Just co-founder in a media release.

No antibiotics were used in the process, and the chicken had lower microbiological content than conventional chicken, the company said.