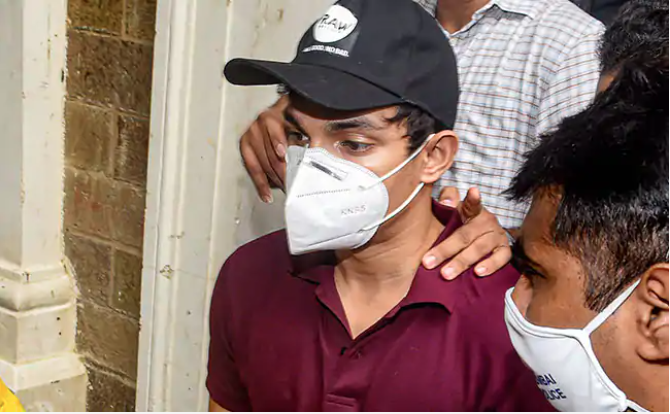 Actor Rhea Chakraborty's brother Showik has been granted bail by a special court in Mumbai nearly three months after his arrest over drugs-related charges in the Sushant Singh Rajput case. Ms Chakraborty was released on bail in October, nearly a month after her arrest.

Showik Chakraborty was arrested on September 4, along with Mr Rajput's house manager Samuel Miranda, after being questioned by the Narcotics Control Bureau (NCB), which is probing allegations of drug abuse surrounding Mr Rajput's death in June. They were charged under multiple sections of the anti-narcotics law.

The Mumbai court cited a recent Supreme Court judgment which said that statements or confessions before an NCB officer is not admissible evidence. Mr Chakraborty had approached the court for bail in the first week f November.

In October, Mr Chakraborty was denied bail Bombay High Court when his sister was given bail. The court had said there is enough evidence to show that he is part of a chain of drug dealers engaged in the trafficking of banned substances.
Rhea Chakraborty was arrested days later and accused of being "an active member of a drugs syndicate" and financing drugs for use by Mr Rajput, her boyfriend.

The anti-drugs agency has repeatedly said that the brother-sister duo had bought drugs not for their own use but to supply them to Mr Rajput, which is "a more serious offense" related to the funding of drugs. The NCB called Ms Chakraborty, 28, "an active member of a drugs syndicate".

Sushant Singh Rajput was found dead in his Mumbai home in June. Mumbai Police launched a suicide probe but the actor's family accused Ms Chakraborty of mentally harassing and taking money from him. After weeks of political sparring and intrigue the CBI was handed the case.