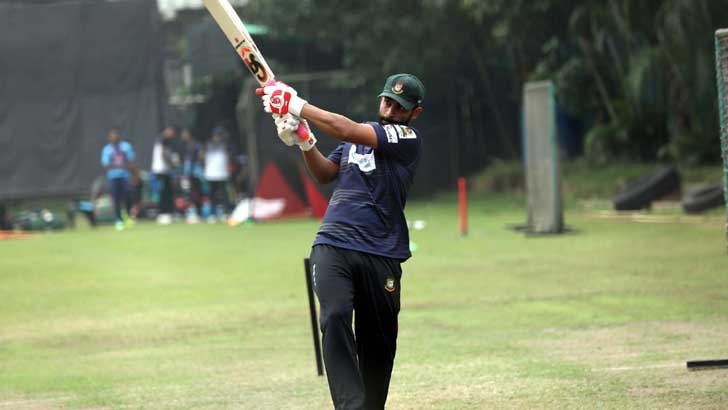 Opener Tamim Iqbal became the first Bangladeshi batsman to reach the milestone of 6000 runs in T20 cricket on Wednesday.

The feat came in the Bangabandhu T20 Cup at Sher-e-Bangla National Cricket Stadium when his side Fortune Barishal was playing against Beximco Dhaka.

Tamim needed 27 runs to reach the mark, however, the southpaw made run-a-ball-31 with three fours and one six in the match.

He reached the feat, hitting a boundary against left-arm spinner Nasum Ahmed in the 11th over of the innings.

The elegant left-hand batsman played 212 innings in 213 matches to enter into the club as the 39th batsman in the world. He struck three centuries and 38 half-centuries.

Tamim so far scored 155 runs with the highest of 77 not out in the Bangabandhu T20 Cup.

Earlier, Shakib Al Hasan completed 5000 runs mark in this tournament. Shakib also achieved the rare double of 5000 runs and 300 wickets as only the third cricketer in the world.