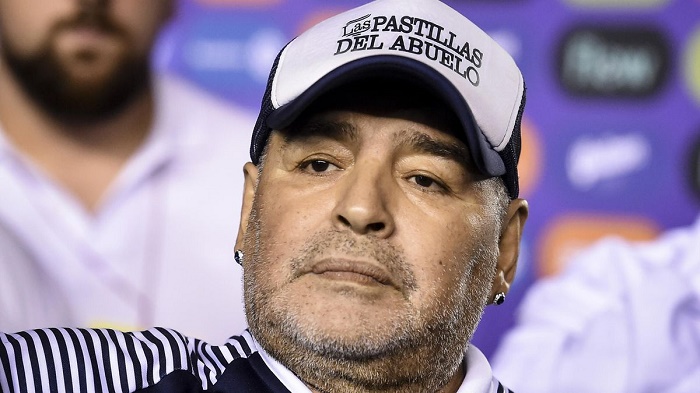 Prosecutors investigating the death of Diego Maradona say the lack of adequate medical supervision provided following surgery for a subdural hematoma was "absolutely negligent," a judicial investigator involved in the case told the country's official news Agency Telam on Monday.

On November 3, Dr. Leopoldo Luque performed Maradona's successful surgery for what is more commonly known as a blood clot on the brain. He was subsequently discharged from hospital on November 11.

The investigator said work is underway to determine whether there was "malpractice, negligence or medical inexperience that could constitute manslaughter."

The investigator told Telam: "What we've seen is that the [medical] behavior was absolutely negligent. It was totally deficient home-care.

"If it's proven through the medical report findings, expert opinions and the testimony of witnesses that there was some type of malpractice, [Leopoldo] Luque will be called-in for questioning."

Luque, who has not been formally charged in the investigation, says he did everything he could for his friend Maradona.

"I am a neurosurgeon. I took responsibility for my surgery; with a big team. I took care of Diego as much as I could," Luque said Sunday.

"I was not the supervisor of the supposed [medical] home-care. How are you going to force home-hospitalization to a guy who doesn't even want a home health aide."

Luque is not the only physician being evaluated by investigators.

On Sunday, Argentine police searched Luque's house and office as part of the ongoing investigation where they seized documents and cell phones.

Earlier on Monday and without a previous request from authorities, Luque presented himself to the Prosecutor's Office in the province of Buenos Aires to testify.

However, his statement was not taken because authorities are still working on the investigation's file.

Psychiatrist Agustina Cosachov's "performance is also being evaluated, despite the fact that on the day of Maradona's death, her statement was taken as a witness for having been present at the home" where Maradona died, according to Telam citing an investigator.

Maradona died on Wednesday at the age of 60 in a house in the town of Tigre, Argentina.

The cause of death was an "acute secondary lung edema due to exacerbated chronic heart failure," a source from the Argentinian Justice Ministry present at the time of the autopsy told CNNE.

Maradona struggled with substance abuse and addiction during a glittering career on the soccer field and, according to Luque, did not always welcome medical care.