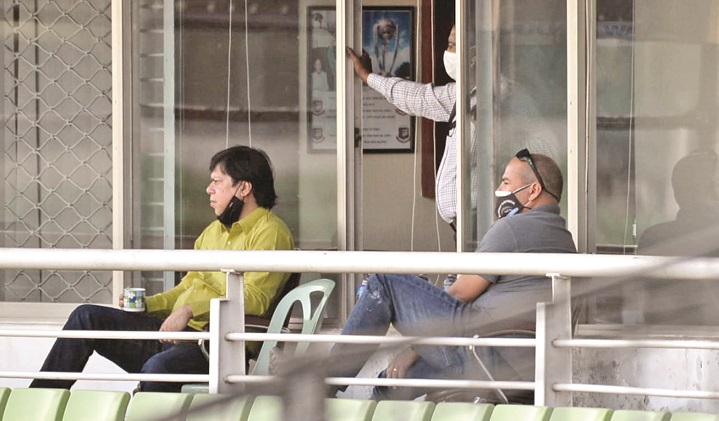 Bangladesh Cricket Board (BCB) Chief Selector Minhajul Abedin Nannu said that he would appreciate holding a domestic T20 tournament every season as it would help to forge potential cricketers for the shorter format.

BCB is hosting the ongoing Bangabandhu T20 Cup without any foreign cricketers after they decided not to launch Bangladesh Premier League (BPL) this season due to corona pandemic.

According to BCB Chief Selector Minhajul, if they can organise a domestic T20 tournament regularly and establish it as platform for the players hoping to be drafted in Bangladesh Premier League (BPL) every year.

“If this tournament becomes a permanent fixture in our cricket calendar it will be good for us as we might get a few players for the national team in the shorter format,” Minhajul told The Daily Sun on Tuesday.

“Many players are getting chances since there are no international players and this is good because usually we don’t get to see it in BPL as it is dominated by the foreigners,” he said.

Minhajul added that he is not ready to comment on the performances of the cricketers considering they have played only a couple of matches but added he is happy that they are getting used to playing in the bio-bubble environment.

“So far, teams have played only three games so it will be difficult to predict anything because you can only come to a conclusion halfway into the tournament. Moreover, its T20 cricket and you can’t expect that every player will perform to their best in every match,” he said.

“Mental stability is needed while staying in the bio-bubble as it plays a crucial role. I hope they will adjust to it from now onwards,” he said.

Minhajul added that he is not too worried about Shakib Al Hasan’s performance as he feels that it will take some time for the ace all-rounder to return to his best.

Shakib returned to competitive cricket after a year-long ban with the Bangabandhu T20 Cup.

Shakib has been on the news since he returned home earlier this month, but this time his much-awaited return to cricket created lot of hype and excitement throughout the cricket fraternity though he is yet to perform according to expectation.

The ace all-rounder was banned for two years, with one year of the ban suspended in October last year by International Cricket Council (ICC).

Shakib played four matches so far and is yet to shine which raised quite a few eyebrows regarding his form.

“I don’t think there is a need to worry about Shakib because he will make a noteworthy comeback sooner than later,” said Minhajul.

“We must understand that he returned after a long gap and you can’t expect him to shine from the very first match,” he said.

“Gradually he will get accustomed to it and will start delivering in the middle,” he said.

Beximco Dhaka will take on Fortune Barishal while Minister Rajshahi will be up against unbeaten Gazi Chattogram at Sher-e-Bangla National Cricket Stadium on Tuesday.