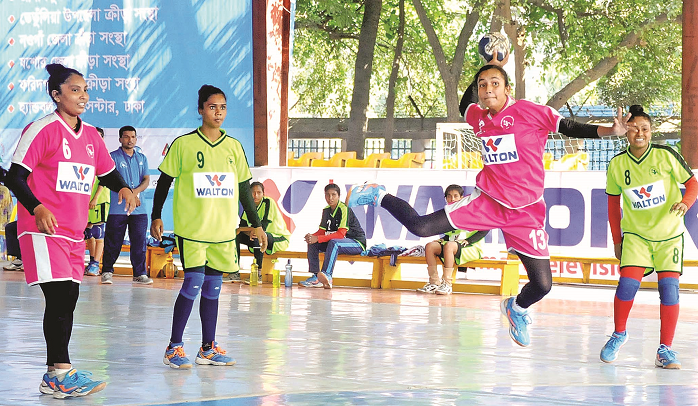 Ansar will face the winner of the second semifinal which is scheduled to be held between Group B champions Jamalpur Sports Academy and Group A runners-up Bangladesh Police Handball club at the same venue at 11:30am on Wednesday.