Church that was 'essentially a bush' looks unrecognisable after dramatic transformation 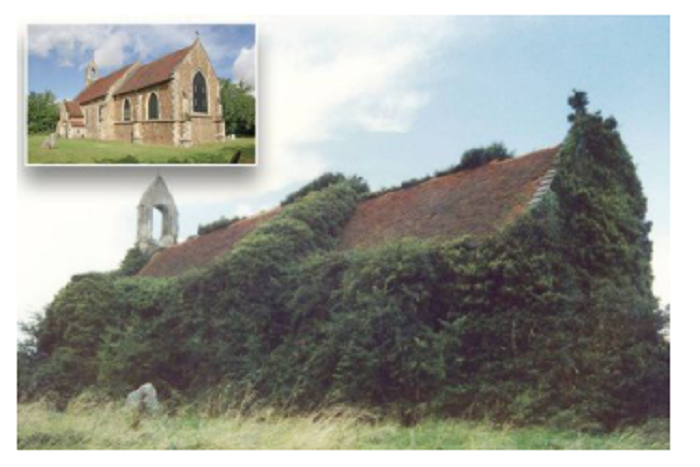 An 800-year-old church which fell into disrepair after decades of disuse has been given an incredible makeover.
St Denis' is a Grade II listed church in East Hatley, Cambridgeshire, which was abandoned in 1961.

It was taken on by ' Friends of Friendless Churches ' in 2016 - a charity which saves disused but beautiful old places of worship that are of architectural or historical interest from either demolition decay, or conversion, reports Cambridgeshire Live.

Before the local council committed to repairing the building and handed it over to the Friends, St. Denis' was "essentially a bush", said the charity.
Keyholder Peter Mann, 74, said it has been "fantastic" to see St Denis’ transformation since he first moved to the village in 1982.

"The church was by that time abandoned and looking sad," Mr Mann said.

South Cambridgeshire District Council acquired the church in 1985 when the building had been stripped of even its floorboards.

With a duty to protect the listed site, the council got to work repairing the walls and roof - and thanks to generous funding from English Heritage and others, it was able to make it wind and watertight.

"But they didn’t know what to do with it," added Mr Mann.
Fortunately, the beauty of William Butterfield's Victorian architecture caught the eye of Friends of Friendless Churches, and in November 2016 the charity acquired the church along with a £60,000 grant from the council.

Since the church has been under the Friends' care, its windows and floors have been restored, and its surviving medieval features - some dating as far back as 1217 - have encouraged many visitors to see it in its - almost - former glory.

However, time is running out for the restoration work to be completed.
Under the terms of a new Government grant from October 2020, the Friends have until March 31 to repair the windows in the church’s Chancel.

Mann and other local Friends are concerned that "we could be scuppered" by the time it takes the council to give planning permission for the three leaded light windows.
They're considering the possibility of an extension to the Culture Recovery Fund grant deadline.

Mann said: "Everyone is trying their best to get this project done, so the inside of the church is looking much better than it is at the moment."