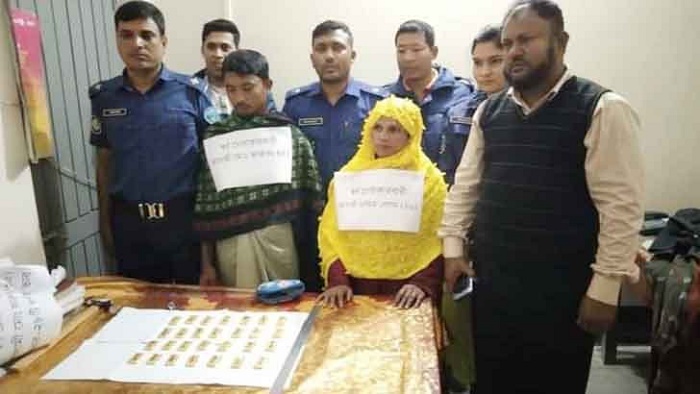 Police arrested a couple along with 28 gold bars at Ashartali border area in Prodhanjiri village under Naikhongchari upazila of Bandarban on Monday night.

The arrestees are identified as Md Farooq and his wife Mariyan Begum, hailing from the area.

The couple was taking preparation to smuggle the gold to Myanmar, he said.

Preparation is underway to file a case against the arrestees with the police station in this connection, he said.