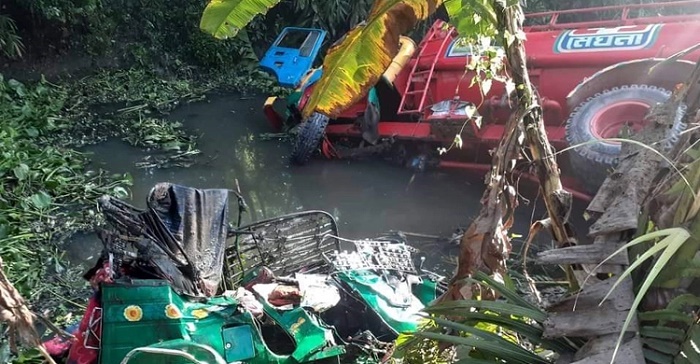 Three people, including a woman, were killed in a head-on collision between an oil-laden lorry and a CNG-run auto-rickshaw in Faridganj upazila of Chandpur on Tuesday morning.

The deceased were identified as auto-rickshaw driver Jahangir, 40 and Ruma Akter, 38 and Mamun,30.

According to eyewitness, the Laxmipur-bound oil-laden lorry from Chandpur collided with the Chandpur-bound auto-rickshaw from Faridganj in front of Chatura Hospital around 8:00 am, leaving driver of the rickshaw and its two passengers dead on the spot.