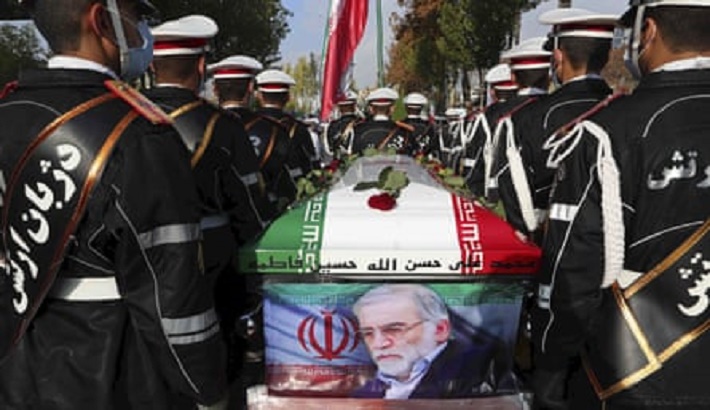 Security chief Ali Shamkhani said the attackers had "used electronic equipment" when Fakhrizadeh's car was fired on east of the capital Tehran.

He was speaking at the funeral of the scientist Israel accused of secretly helping to develop nuclear weapons.

Israel has not publicly commented on the allegations of its involvement, BBC reported.

In the early 2000s, Fakhrizadeh played a crucial role in Iran's nuclear programme but the government insists its nuclear activities are entirely peaceful, BBC reported.

It has been subjected to crippling Western sanctions aimed at preventing it from developing nuclear weapons.