Dhaka makes three changes as they bowl first against Khulna 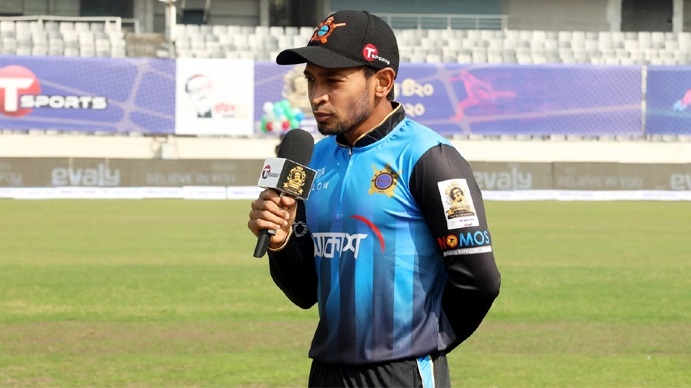 In a bid to bounce back into the winning way, Beximco Dhaka made three changes to the side as they won the toss and elected to bowl first against Gemcon Khulna in the Bangabandhu T20 Cup at Sher-e-Bangla National Cricket Stadium on Monday.

Dhaka currently languishes at the bottom of the table with two losses from two games.

Star-studded Gemcon Khulna also is not in a comfortable position in the tournament after losing two games from three matches.

They made one change to the side with Shuvagata Hom replacing Rishad Hossain.