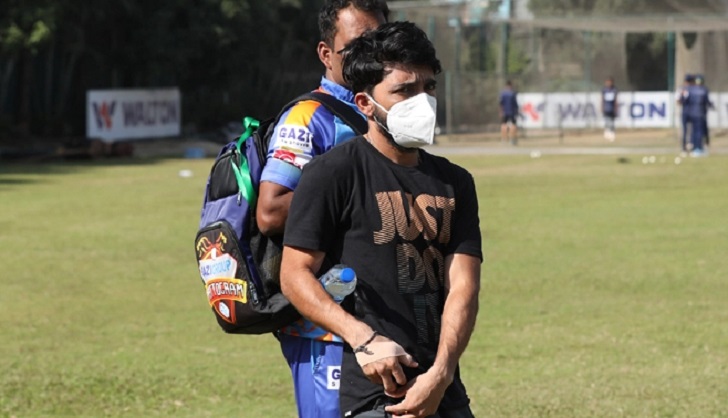 Bangladesh Test captain Mominul Haque needs to undergo an operation table in a bid to recover from his finger injury fully.

The top-order batsman of Gazi Group Chattogram injured his index finger of right hand while fielding in the match against Gemcon Khulna in Bangabandhu T20 Cup on Saturday.

After scanning the injured finger, he found out that there were serious fractures. As a result, he is ruled out of the Bangbandhu T20 Cup.

“It seems he needs an operation to recover fully from the injury,” said BCB chief physician Dr. Debashis Chowdhury.

“But I can’t say where his operation will be done. At this moment, it is not easy to send someone for surgery abroad. There is an issue of visa and quarantine. We are discussing this at this moment.”

While he is ruled out from the Bangabandhu T20 Cup, his possibility to play against West Indies in a Test series in January looks slim.

But Debashis didn’t want to make comments on his possibility to play the Test series.

“At this moment, he is ruled out from the Bangabandhu T20 Cup. But it is not the right time to make comments on his possibility to play the Test series.”