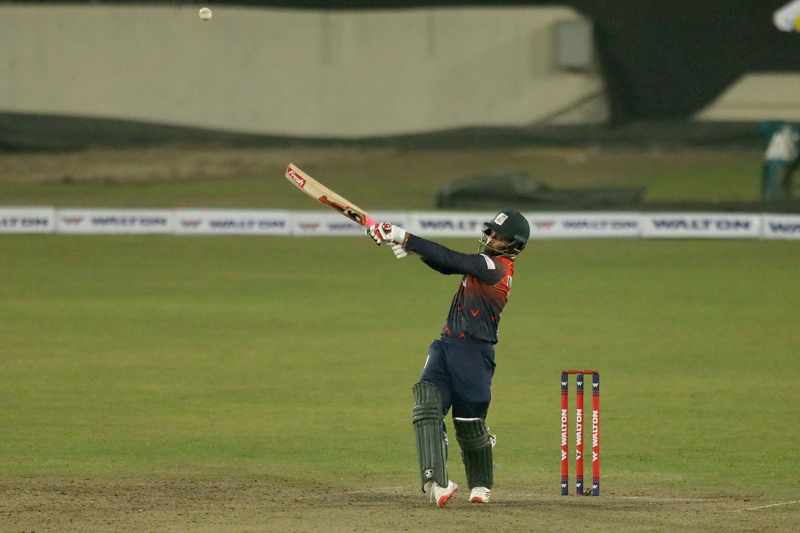 Fortune Barishal captain Tamim Iqbal won the toss and elected to bat first against Gazi Group Chattogram in their third match of the Bangabandhu T20 Cup at Sher-e-Bangla National Cricket Stadium in the capital on Monday.

Barishal who bounced back in the winning way with a five-wicket win over Minister Group Rajshahi in the last match following their disappointing four-wicket defeat to Gemcon Khulna in the first match, fielded an unchanged side.

High flying Chattogram however made two changes with Shykat Ali replacing injured Mominul Haque while Sanjit Saha making the cut in the place of Taijul Islam.

Chattogram had already crushed Beximco Dhaka and Gemcon Khulna, the two top favourties side by identical nine wickets after dismissing them for 88 and 86 runs respectively.

They are now eying their third straight victory in similar fashion.