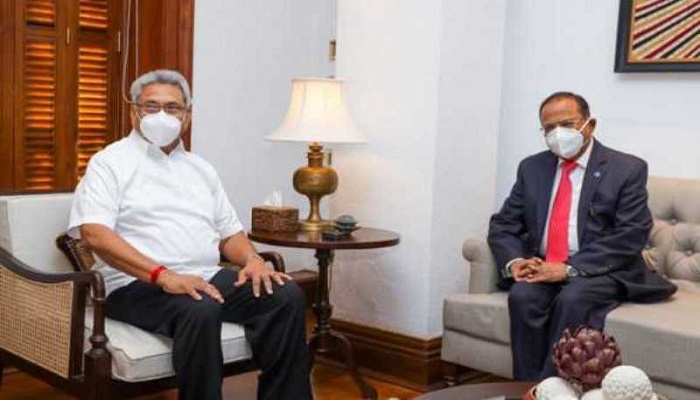 He expressed hope that India-Sri Lanka relations would diversify and deepen under the leadership of Prime Minister Narendra Modi and President Rajapaksa.

Rajapaksa also said after the meeting that he had a "fruitful discussion" with India's NSA.

National security, security in the Indian Ocean, new Indian investments, continuation of infrastructure projects and strengthening of bilateral relations were the areas discussed at the meeting, he tweeted.