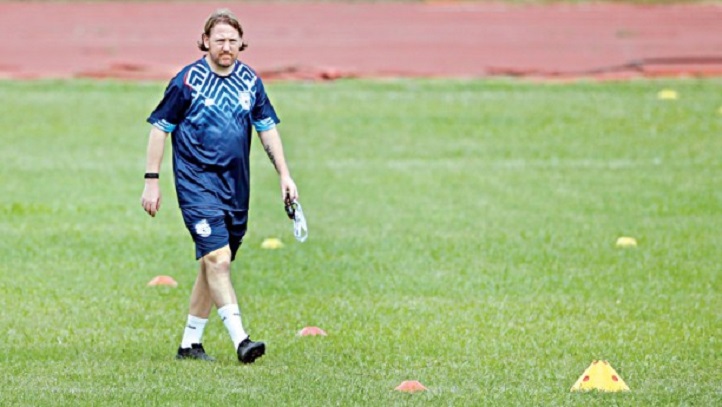 Bangladesh national team head coach Jamie Day said that he didn’t believe that the results of practice matches could make an impact on the upcoming Qatar match.

“I don’t believe that the results of these practice matches could make an impact on upcoming Qatar matches. Even, these results won’t impact players' performances,” Jamie, who is still in quarantine, told The Daily Sun on Sunday.

Bangladesh went to Qatar to play their one-off lone away match of joint qualifiers round two for FIFA World Cup 2022 and AFC Asian Cup 2023 against hosts, scheduled to be held at Abdullah bin Khalifa Stadium on December 4 at 10:00pm (BST).

Ahead of the match, the men in red and green lost both their practice matches against two local amateur teams. Booters conceded 2-3 goals defeat against Qatar Military on Wednesday before conceding a 0-1 goal defeat against the second division club Lusail Sports Club.

After losing the second match, the English head coach said, “Stuart (acting head coach) said they played well so that's the main thing. A team can play well and concede defeats. However, we have done the best we can in the preparation time. We have a settled group of players so no big changes are needed in the team.”

Goalkeeper Anisur Rahman Zico, who played in the place of veteran goalkeeper Ashraful Islam Rana in the second match, said, “We tried to play the best in the match. Now, we will fix mistakes in practice matches and try to play well in the Qatar match.”

Defender Yeasin Khan said, “We took good preparation in practice matches but unfortunately lost both of them. Coach tried all players in these practice matches. We all have good fitness now.”