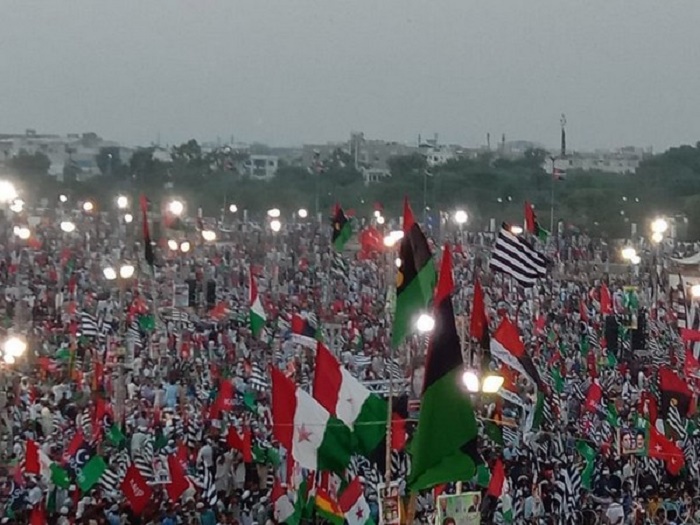 Two days before the opposition alliance, the Pakistan Democratic Movement’s (PDM) scheduled public gathering in Multan, a large number of workers of various opposition parties on Saturday removed barriers and forced their way into the venue of the jalsa, Qila Kohna Qasim Bagh.

The workers, led by the leaders of PDM constituent parties including Pakistan Peoples’ Party (PPP) and Pakistan Muslim League-Nawaz (PML-N), forcefully entered the venue by breaking the locks of three of the six stadium games, reported ARY News.

The workers also removed the roadblocks erected around the venue by the authorities to keep the opposition alliance from holding its public meeting on November 30.

Syed Ali Musa Gilani, the son of former Prime Minister Yousaf Raza Gilani, shared a picture of him holding a wooden arrow symbol of the party at the venue on Twitter.

“We have taken control of the stadium. Stage is being set. Multan will welcome all the guests,” tweeted Musa Gilani.

Kasim Gilani, another son of the former PM, tweeted: “Workers of @MediaCellPPP and PDM have set up a welcome camp at qila kohna Qasim bagh stadium. PDM provincial leadership to arrive here shortly.”

On Thursday, the city administration had refused to grant permission for a public gathering planned by the opposition alliance, saying coronavirus cases are rising.