Barishal upbeat to bring high-flying Chattogram down to earth 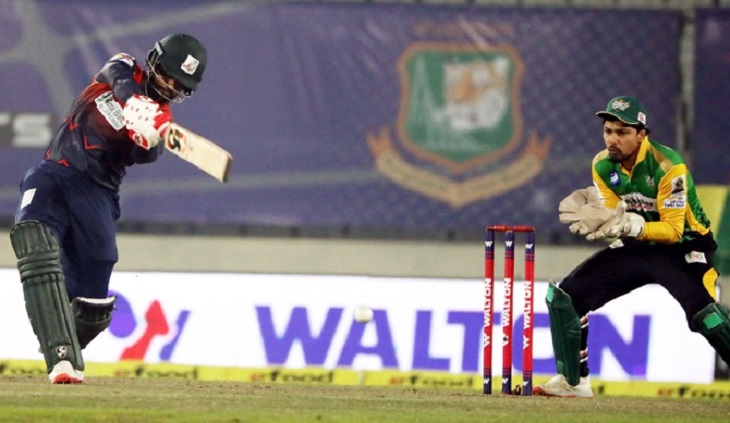 Fortune Barishal is upbeat to bring high flying Gazi Group Chattogram down to the earth when they face off the Bangabandhu T20 Cup’s most successful team so far in their third match tomorrow (Monday) at the Sher-e-Bangla National Cricket Stadium.

Chattogram won both of their matches with quite ease, crushing Beximco Dhaka and Gemcon Khulna, the two star-studded teams by an identical nine wickets margin.

However, when Chattogram is flying high, the condition of Barishal was not good enough. They failed to defend 22 runs in the last over against Gemcon Khulna as Ariful Haque blasted four sixes to help Khulna win the game from the jaws of defeat.

Tamim’s side won their game against Rajshahi by five wickets but they had to struggle a lot. Tamim Iqbal had to play a superb knock to bail the side out of danger even though the target was just 133.

Barishal has been the most inexperienced side in the tournament and their lack of experience was exposed in the crucial moment of those two games.

Barishal however still keeps faith on their ability as they are looking to build on the win against Rajshahi in their third match too.

“Anything can happen in cricket. Chattogram is playing good cricket. They are in good touch. The players are good, the team is good. But I think a lot can happen if we continue to play the way we played the last game,” said Barishal’s all-rounder Mehidy Hasan Miraz.