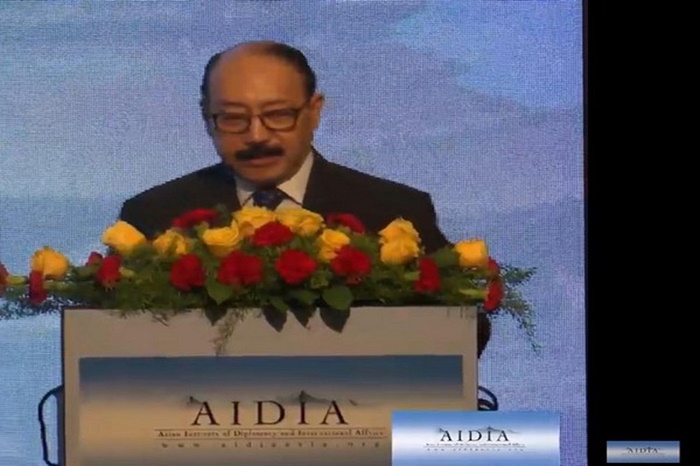 The Nepal and India relationship is intricate and exists in a various paradigm, said Foreign Secretary Harsh Vardhan Shringla on Friday, adding that Kathamndu is fundamental to India’s neighbourhood first approach.

Speaking at the Asian Institute of Diplomacy and International Affairs (AIDIA) here, Shringla, who is on a two-day visit to Kathmandu, said the recent years have given the relationship between the two countries a new momentum.

“The Nepal India relationship is intricate and exists in various paradigm. We share the same geography, same civilisational heritage, culture and custom. The people to people linkages are so strong and so powerful that quite frankly we in government only complement these,” said Shringla

During his meeting with the Foreign Minister, Shringla conveyed an invitation from External Affairs Minister S Jaishankar to Gyawali to visit India for the next round of the Joint Commission Meeting.

He briefed PM Oli on the numerous projects being funded by India, which benefit all sections of Nepalese society. The Foreign Secretary also invited Nepal to take advantage of India’s market and economic growth.

Shringla also handed over 2,000 vials of Remdesivir injections as part of India’s continued support to Nepal in its efforts to combat COVID-19.

PM Oli thanked Shringla for India’s assistance during COVID-19, while discussions took place on vaccine development and deployment. Shringla assured that Nepal’s requirement would be considered on priority.

Upon his arrival, Shringla said India and Nepal have “very strong” ties and their endeavour would be to take the relationship between the two nations forward.