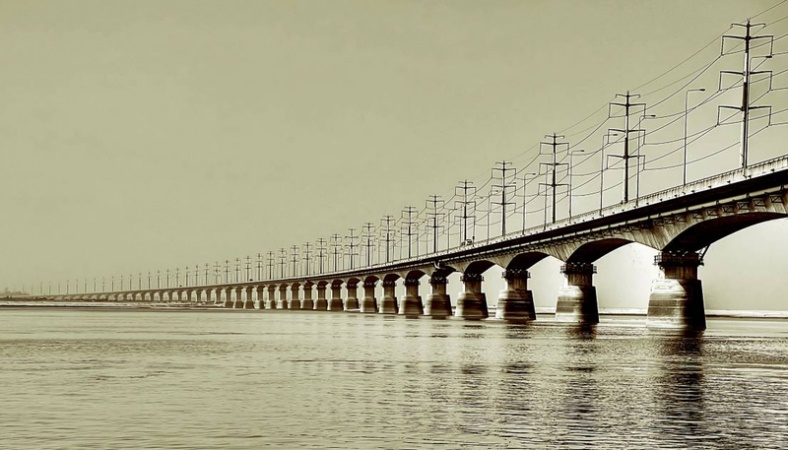 Once constructed, the dedicated dual-gauge double-track railway bridge over the Jamuna River, which will be built some 300 metres upstream of the Bangabandhu bridge that has a single rail line, would be the largest dedicated rail bridge in the country.

The Prime Minister laid the foundation stone virtually from her official residence Ganabhaban.

The main bridge will be constructed in two packages. Two separate agreements have already been signed with Obayashi-TOA-JFE, Japan and IHI-SMCC JV, Japan for eastern and western parts of civil works respectively.

As per the agreements, land was handed over to both contractors in July this year.

According to Railway sources, it operates 38 trains on a single line from Joydebpur to Ishwardi that connects Dhaka with the western region via the Bangabandhu bridge. Officials said a maximum of 22 trains could travel smoothly on this route a day.

Considering all these factors, Bangladesh Railway has taken the project of constructing the rail bridge and a dual-gauge double line from Joydebpur to Ishwardi.

In December 2016, the Executive Committee of the National Economic Council (ECNEC) approved the Tk 9,734 crore project, which was scheduled to be completed within December 2023.

Of the approved cost, Tk 7724.32 crore would come from the Japan International Cooperation Agency (JICA) as project assistance and Tk 2009.75 crore from Bangladesh government exchequer.

But costs of two main work packages saw a huge rise after the detailed design was made in September 2018. Besides, costs of land acquisition, land lease and building a museum were also included in the project, causing uprise in the total cost.

The project costs have gone up to Tk 16,781 crore. On March 3, the project cost was revised, and its duration was extended by two years from 2023.