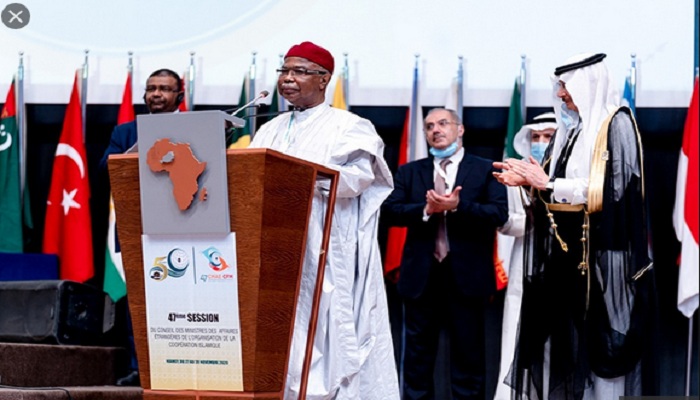 Ambassador Hussein Ibrahim Taha from Chad was elected as the new Secretary General of the Organization of Islamic Cooperation (OIC) for a five-year term starting from November 17, 2021.

The OIC’s 57 member states elected the new secretary general by consensus at the 47th session of the Council of Foreign Ministers (CMF), which concluded its work in the Niger capital Niamey on Saturday.

Ambassador Hussein Taha was honored to take the oath of office after announcing his election as Secretary-General of the organization at concluding session of the CFM.

Current OIC Secretary-General Dr. Yousef bin Ahmed Al-Othaimeen, extended his congratulations to the SG-elect and wished for his success to continue promoting joint Islamic Action in the interest of peoples and countries of the Islamic world.