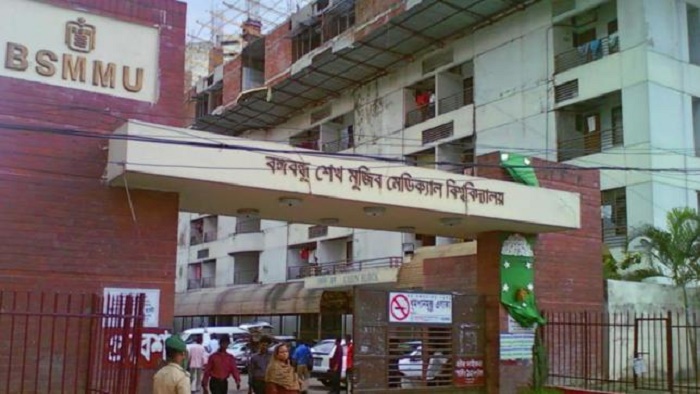 Family of a deceased victim has filed a case against four physicians of Bangabandhu Sheikh Mujib Medical University (BSMMU) bringing allegation of death due to removal of two kidneys instead of one kidney.

The deceased was identified as Rawshan Ara (55).

Md Rafique Sikder, son of deceased Rawshan Ara who died after one month of removal of two kidneys, filed a murder case against four physicians with Shahbagh Police Station in the capital on Friday (November 27).

In addition, three to four unidentified persons were made accused in the case.

Shahbagh Police Station officer-in-charge Md Mamun Or Rashid said an autopsy was conducted on the body of Rawshan Ara at Dhaka Medical College and Hospital.

Recently the forensic department has submitted the autopsy report. A case has been registered in the police station according to report and based on allegation made by family. Now the case is under investigation, he said.