US Returning to the Point 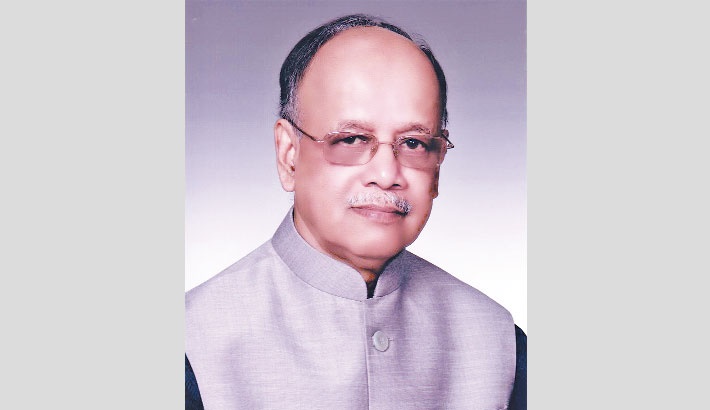 No national election in the recent past, let aside US, anywhere else in the democratic world gained so much of attention, all for the wrong reasons and that too for one stubborn man, the incumbent US President Donald Trump himself, who refused to concede his conclusive defeat to his Democrat rival Joe Biden. In no other US Presidential election any contender showed so much stubbornness to concede defeat even after the complete count of the result was declared. In 2000 election, when Republican candidate George W Bush jr. contested with Democrat candidate Bill Clinton’s Vice-President Al-Gore and the all-important Florida votes had to undergo a manual counting that was taking weeks, Al-Gore conceded the defeat ‘in the interest of democracy.' When the counting was finally over after three weeks the result was stunning, it was Al-Gore who would be the 43rd US President and not George W Bush jr., as announced. George W Bush jr., even went to become the 44th President defeating Democrat candidate John Kerry in 2004.

The dramatic win of the outgoing President Donald Trump in the election of 2016, was also surprising as he defeated the formidable and experienced candidate of the Democratic Party, the former First Lady and Barack Obama’s Secretary of State and the former Senator from New York, Hillary Clinton. Till his election to the US presidency Donald Trump was considered a political novice. Not much was expected from Donald Trump whether by the people of US or the international community. That Donald Trump whose four year presidency is riddled with rhetoric, distortion of facts, xenophobia, deceit and isolation of US practically from many of its natural and strategic allies like EU or even many South Asian nations survived his term just because of today’s political world’s most commonly used word ‘populism’ a dangerous trend by any standard for any democratic country. The outgoing US President has survived impeachment, twenty-six sexual-misconduct accusations, and thousands of lawsuits. After 20th January’s inauguration Trump may no longer be occupying the White House but his chances of coming back in the election of 2024 will not fade away. Joe Biden received a record of 80 million popular votes highest ever in last one hundred years of American US presidential election but Trump trailed behind with only 6 million popular votes, receiving 74 million creating another record. The next four year first term of Joe Biden will be challenging notwithstanding the fact that he was Barack Obama’s deputy. In US the Vice-Presidents are usually discreet and maintains a low profile with few exceptions like Lyndon Johnson, Walter Mondale, Theodore Roosevelt and Al Gore. As of now Joe Biden’s one of the key strength is his Vice-President elect Kamala Harris who has already attracted the attention of the electorate and the media with her articulate speeches and her previous political background.

Many commentators across the world nervously commented that US democracy as dreamt by its founding fathers may be facing a big challenge when the current President Donald Trump announced even before the election took place that he may not accept the election results if he loses the election, a preposterous announcement coming from no less than an incumbent US president. It was not surprising that many political observers predicted that US democracy is entering a dark alley and a point of no return. However after weeks of dragging his feet and dozens of failed court cases crying fraud in the election and finally disappointed Trump accepted a formal US transition should begin for President-elect Joe Biden to take office. Trump tweeted the General Services Administration (GSA) ‘do what needs to be done’, even though he announced that his lawsuits against alleged fraud in the election will continue. His tweet fell short of conceding by the losing candidate, a convention deep rooted in the US electoral process. On Thursday Trump said that he will leave the White House when the Electoral College votes for Democratic president-elect Joe Biden. It is the closest the outgoing president has come to conceding defeat.   However Joe Biden will now have access to top security briefings, office space and government officials as he prepares to take office on 20th January. Though still many Republicans stands behind Trump in his refusal to accept defeat the number of those changing their opinion keep on increasing.

Once Joe Biden is formally administered oath of office he will inherit a country divided in the middle one half suspicious of the other. No one still has any answer how will Joe Biden and his team bridge the divide and turn America into one country and one nation with common objectives assuring the people that his next four-year rule would be more rewarding than the previous four years. Many election observers concluded that what made Trump’s defeat inevitable was his mishandling of the Covid-19 (corona) pandemic, which has so far killed 270,000 people, the highest in the world. Trump not only discouraged his supporters from wearing mask he even audaciously withdrew from WHO accusing them of raising false alarm. In the midst of election campaign White House announced Trump was tested Corona positive and was admitted to an army hospital. In about three days he was back, no mask on his face and resumed his crowded election rallies. Trump was just defiant. Many refused to believe that he was ever tested corona positive and concluded that these were all part of his election time gimmick. Biden was more sober, wore his mask, tried to follow the basic rules to remain safe. He knows that agony of personal loss. As a young man, he suffered the death of a daughter and his first wife in a car crash, more recently, his elder son died of brain cancer.  Biden administration’s immediate challenge would be to handle the pandemic situation on war footing. During Trump administration racism showed its ugly face and their widespread demonstrations across the country, under the banner of ‘Black Lives Matter’ that had been sparked by the killing of an African American George Floyd, in Minneapolis. Floyd was strangled to death by a white police officer on charge of using a fake 20 dollar note. Trump was never serious about global warming and climate change and formally withdrew from the Paris climate agreement. The aims of the agreement was to keep the global temperature rise in this century well below 2C above pre-industrial levels and to pursue efforts to limit the temperature increase even further to 1.5C. According to BBC’s environment correspondent Matt McGrath US withdrawal from the agreement will mean ‘while the US now represents around 15% of global greenhouse gas emissions, it remains the world’s biggest and most powerful economy. So when it becomes the only country to withdraw from a global solution to a global problem it raises questions of trust.’ Trump always felt being part of such an agreement will go against the interest of the big business. In US politics big business matters.

Whether it worked or not earlier US Presidents attempted to broker some kind of peace deal amongst the Palestinians, the Arabs and Israel. President Jimmy Carter brokered the first peace accord signed between Egyptian President Anwar Sadat and Israeli Prime Minister Menachem Begin in 1978. On May 4, 1994 Israeli Prime Minister Yitshak Rabin and PLO Chairman Yasser Arafat reached an agreement in Cairo on the first stage of Palestinian self-rule followed by similar accords signed in Oslo and Washington DC earlier. US Presidents always played a positive role in all these attempts to bring about peace in the Middle East and have a mutually agreed settlement of Palestinians’ problems permanently. These may not have worked but at least it was not done without hearing the voice of the people of Palestine. But unfortunately for them during the dying months of Trump presidency he engineered a deceitful deal with Israel, UAE and Bahrain where the two Arab countries agreed to normalise their relationship with Israel leaving the Palestinians in the dark. Saudi  Arabia is now much closer to Israel than any previous time and it is thought Trump played a key role in this. Earlier Egypt and Jordan also recognised Israel. Any peace deal with Israel bypassing Palestine is seen as a betrayal to the cause of Palestinians by most of the Muslim countries. Biden will have a uphill task in healing the wounds left behind in the Islamic world caused by some unilateral decisions made by Donald Trump vis-à-vis the Muslims and the Islamic world.

Joe Biden has already begun to put together his cabinet and so far has shown a sense of maturity and his choice gave importance to Barack Obama confidants. US being the world’s largest economy is seen as the driving force of the global economy and development. It is a military force to reckon with and can be instrumental in maintaining in what remains of global peace. Trump can be given the benefit of not interfering in the internal affairs of other countries and dismantling other sovereign countries like some of his predecessors. Currently, the most burning human tragedy in the world is the uprooting of 1.2 million Rohingyas from their homes by the military dominated government of Aung San Suu Kyi in Myanmar and pushing these wretched citizens of Myanmar into Bangladesh. Myanmar’s military junta remained defiant and continued to worsen the human tragedy every day inspite of the fact that most of the international agencies including UN have urged Myanmar to take back their citizens and stop state sponsored atrocities against them. The role of US on these issues has been that of indifference and often frustrating. Joe Biden and his administration can be more humane than any of the predecessors. Though Joe Biden will be 78 and the oldest President of US to have entered  the White House as the 46th President of US, expectations from him will be high not only from his own people but also from people across the world. He has promised to bring America back home again and make it more liveable and more respectful. The world wishes him all the luck but at the same time would like to see that his performance will not be overshadowed in the wrong direction by his immediate past predecessor. Good luck Joe Biden.