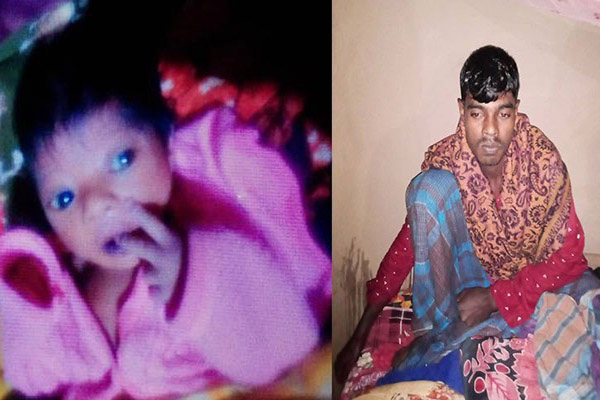 The body of a newborn was found in a septic tank of a house early Saturday, two days after the 15-day-old was missing from her parents' home in at Hawalkhali village in Sadar upazila of Satkhira.

The deceased is Sohan Hossain, son of Shohagh Hossain of the village.

Mirza Salauddin, additional superintendent of Satkhira Police, said Fatema Khatun, wife of Shohagh Hossain gave birth to a baby boy on November 11 at a private clinic in the district town.

After birth they had to take the baby to Khulna Medical College and Hospital due to its health complications. On November 25, the couple returned home from the hospital.

Fatema said her baby went missing when she along with the child was sleeping at the veranda of their house the following day.

Getting irrelevant statements from the parents, police detained them and during interrogation, the couple reportedly admitted that they killed the baby and dumped the body into the septic tank as the baby was born with multiple health complications including jaundice, pneumonia and heart disease.

Police recovered the body from the septic tank around 1:00 am.

Apprehending sufferings in future, Shohagh and his wife Fatema killed their own son, said Salauddin.

Earlier November 16, a 17-day-old minor girl went missing from home in Morrelganj upazila of Bagerhat. However, her body was later recovered from a pond in the area on November 18.