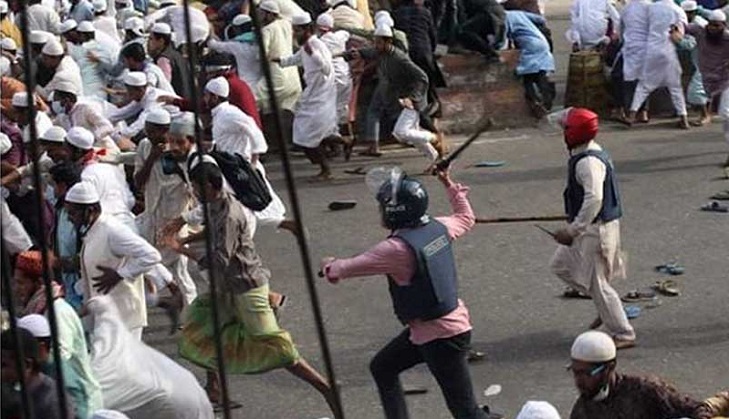 Police have dispersed a rally, organized by Qawmi madrasa students to protest against construction of sculpture, started from the South gate of Baitul Mukarram National Mosque after Jumma prayer on Friday.

The students were stuck into a clash as police hindered their way. At that time the police dispersed the students by arresting several students. The arrestees were sent to Ramna Police Station.

The protesting students complained that an organisation called ‘Muktijuddha Mancha’ has recently made some unpleasant comments on Fayjul Karim and his effigies were burnt.

Police tried to stop them for asking their demands but they attacked police without any explanation as there was no leader who could have spoke on their side, Jahirul said.

Mamun, sub-inspector (SI) of Ramna Police Station, said seven to eight people were detained from the Touhidi procession and brought to the police station for obstructing government work. They will be released after verification, he added.