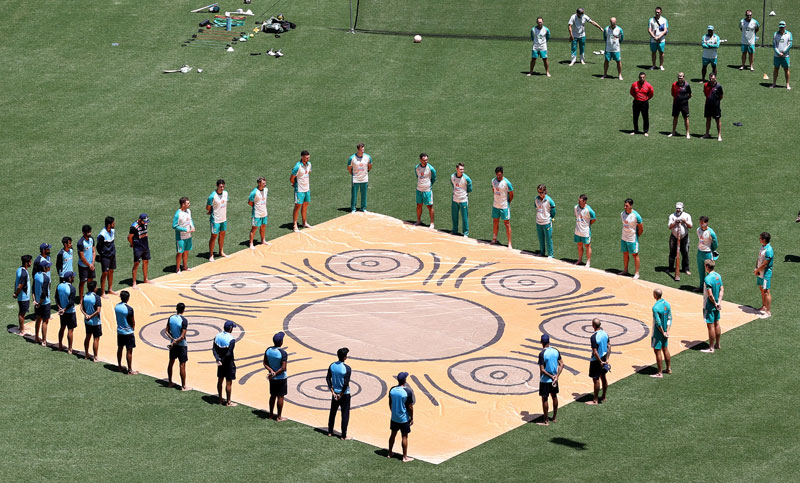 Virat Kohli-led team India and Aaron Finch’s men took part in a unique ceremony to show their powerful stance against racism ahead of the first ODI at Sydney Cricket Ground on Friday.

Both teams came together before the match in a powerful and united stance against racism, while acknowledging the traditional owners of the land.

“Players from both teams paid tribute to Australia’s indigenous people in a Barefoot Circle ceremony before the start of play,” ICC tweeted along with the pictures of the ceremony. The BCCI also took to Twitter sharing Team India’s ‘acknowledgement of the traditional owners of the land’.

“The barefoot circle is a cricket centric way for players and teams to take a moment prior to matches to acknowledge the traditional owners of the land, connect to each other as opponents and pay respect to the country,” Cricket Australia says.

“This is done barefoot as a way to connect to country, but also a moment to reflect that we are all common ground, we are all human beings and we need to stand strong with each other, for each other.”

In addition, cricketers from both the teams wore black armbands in the memory of former Australia players Dean Jones and Philip Hughes.

While Jones died in Mumbai after suffering a heart attack in September, Hughes passed away on this day at this very ground six years ago after being hit on the head by a Sean Abbott bouncer.