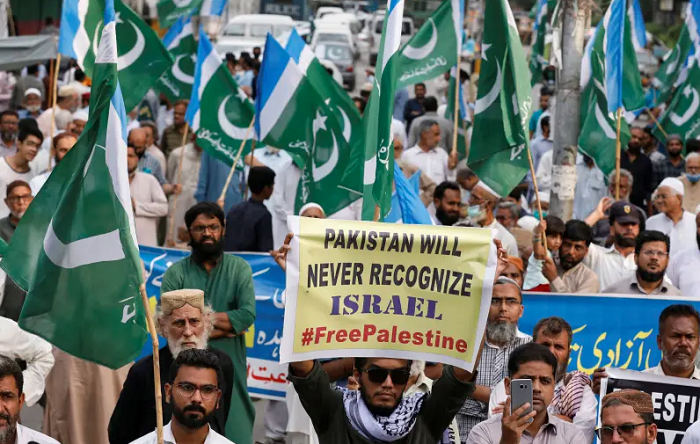 Twelve years ago, on November 26, 2008, 12 well-coordinated attacks and shootings were carried out for four days by 10 Pakistani terrorists against innocent civilians in Mumbai. One hundred and seventy-four people, including several foreigners, were killed and more than 300 were injured. Wounds on the national psyche are still alive.

It was the 9/11 moment for India. Ajmal Kasab was caught and eventually hanged in 2012 after due legal process, but he left a trail of evidence and information pointing to the complicity of Pakistan-based terrorist groups and his handlers there.

Although the Pakistani political leadership did condemn the attacks and offered full cooperation, no real progress has been made, suggesting their complicity or ill intent. It was neither the first time nor the last time our northwestern neighbors vowed to inflict 1,000 cuts on India. New Delhi provided all the evidence and documents against the Lashkar-e-Taiba terrorists led by Hafiz Saeed, who roams freely and rather majestically in Pakistan, lives at the courtesy of state institutions, and enjoys the blessings of successive governments in the so-called “failed state of Pakistan.”

It is a known fact that Pakistan has been a state sponsor of terrorism, especially against India and Afghanistan. Its fingerprints have been reported from Chechnya to Nagorno-Karabakh. It has given shelter to the largest number of extremists and terrorists, and has acknowledged their presence in the country, according to various reports.

Only in November did the Pakistani Federal Investigative Agency finally admitted to the presence of 11 Lashkar terrorists in Pakistan who were involved and facilitated 2008 attacks.

In fact, the agency published a list of 1,210 high-profile and most-wanted terrorists, however, it strategically deleted the names of Hafiz Saeed, Masood Azhar and Dawood Ibrahim. They are already listed as terrorists by the United States and the United Nations, and have been operating in the haven of terrorism for decades now.

Earlier, in 2009, Pakistan had admitted that the Mumbai attacks were indeed planned and carried out from Lashkar-e-Taiba camps in Karachi and Thatta. Despite all the information, Pakistan refused to take decisive action and prevaricated on one account or the other. Even the judiciary was made a pawn in the game by the deep state.

The Pakistani leadership had repeated opportunities to come clean and join the ranks of responsible nations. Alas, the deep-seated malaise and rancor against India have blinded them so much that they have not only antagonized their Arab benefactors but others, including China, which found it difficult to shield them from the wrath of the international community. The Financial Action Task Force (FATF) has not only continued to place Pakistan on the “Gray List,” but has reprimanded it for not complying with the most important requirements to stop terrorist-financing networks.

India, which despite several terrorist attacks from Pakistan or its surrogates, did try to work on a bilateral relationship. But every time an effort was made to move forward a more lethal terrorist attack followed, whether in Uri or Pathankot. India had no option but to follow a policy of exposing and isolating Pakistan in international forums as the fountain of terrorism and extremism and haven of radicalization.

Prime Minister Narendra Modi also took upon himself the task of waking the world out of its myopic stupor of “good terrorist” and “bad terrorist” by urging it to have a uniform definition of a terrorist. After constant persuasion, India’s proposal for a comprehensive convention on international terrorism is finding some traction. Terrorism is the single greatest threat to humanity, and its incubators must be dried up by a globally committed fight, without exception.