‘Belashuru’ likely to release on Soumitra Chattopadhyay’s birthday next year 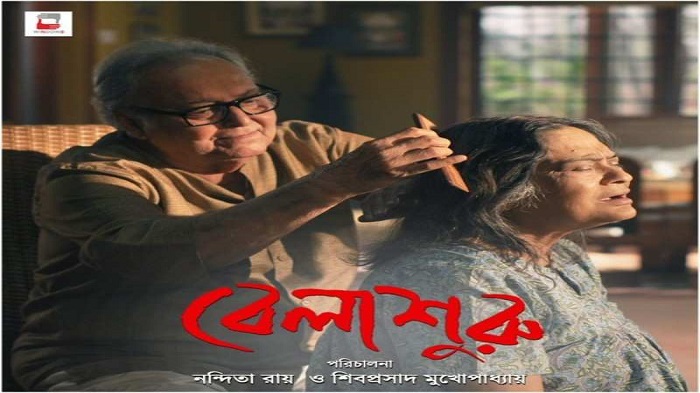 The feeling of Soumitra Chattopadhyay being no more, just like his fans, haunts Shiboprosad Mukherjee as well these days and Shiboprosad and Nandita are planning to pay a small tribute to the late actor by releasing ‘Belashuru’, the last film of Soumitra, on his birthday that is January 19. But it all depends on how things normalise amid the pandemic.

"Belashuru is the sequel to Bela Seshe (2015) which is also Soumitra Da`s last film. So it’s really close to our heart. The film was scheduled to release on June 5 this year, but due to the pandemic we had to postpone the release. Let’s see when things normalise and once 100% audience is allowed in theatres, we are planning to release it. We may release the film on January 19, 2021, on Soumitra Da`s birthday. If we miss that date then it will be pushed to May 28 release," said Shiboprosad Mukherjee.

The director duo who had worked with Soumitra Chattopadhyay in films like ‘Bela Sheshe’, ‘Praktan’ and ‘Posto’ last met the thespian on August 29 this year as they were planning to do a short film in December. A full-length feature film was also on the cards. Shiboprosad also feels sad that they won’t get to work with Soumitra during the winter which had become a regular thing since 2013. it remained a plan.

The entire cast of ‘Bela Seshe’ will be seen in ‘Belashuru’ as well. The film has an ensemble cast including Soumitra Chattopadhyay, Swatilekha Sengupta, Rituparna Sengupta, Aparajita Auddy, Kharaj Mukherjee, Indrani Dutta, Monami Ghosh, Anindya Chatterjee, Shankar Chakraborty and others.