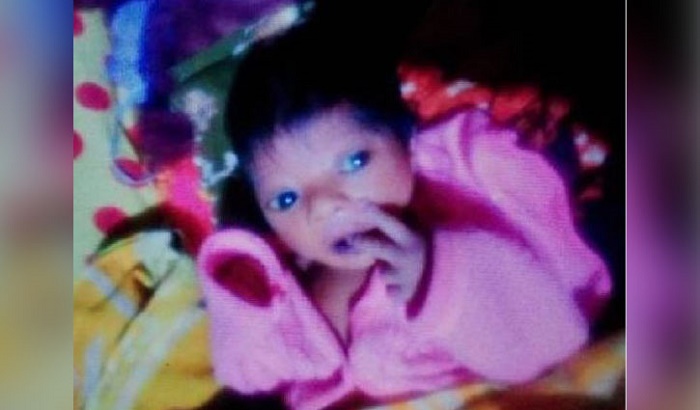 A 15-day-old baby boy was stolen in board daylight while he was in sleep next to his mother at Hawalkhali village in Sadar upazila of Satkhira on Thursday afternoon.

The stolen baby is Sohan Hossain, son of Sohag Hossain and Fatema Begum in the area.

Asaduzzaman, officer-in-charge (OC) of Satkhira Sadar Police Station, said Fatema Khatun, the mother of the newborn, fell asleep with her son in the verandah of her house in the area. Half an hour later she woke up and found her son missing. Later, she informed the police about the incident.

The OC also said, "We have started operation to rescue the baby Sohan”.

Earlier November 16, a 17-day-old minor girl went missing from home in Morrelganj upazila of Bagerhat. However, her body was later recovered from a pond in the area on November 18.