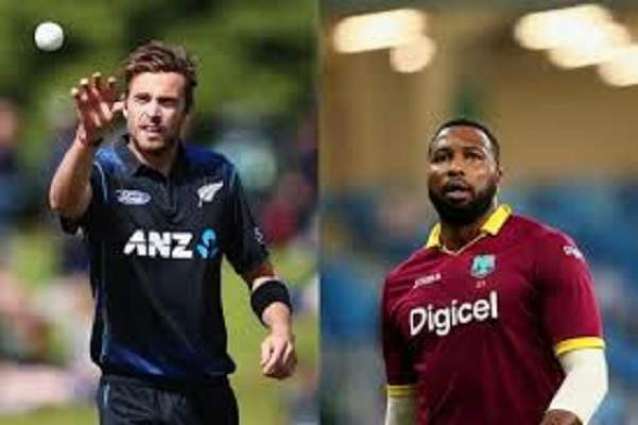 New Zealand won the toss and elected to bowl against the West Indies in the first Twenty20 international in Auckland on Friday.

Black Caps captain Tim Southee said his players were keen to get on the pitch at Eden Park for the first international cricket played in New Zealand for almost nine months.

"It's obviously a good chasing ground, historically," Southee said of the Auckland ground, where the short boundaries favour big-hitters.

"It's been a while, so we just want to get out there and have a run around with the boys -- it's very exciting after a long lay-off."

Southee is standing in for regular skipper Kane Williamson, who along with pace spearhead Trent Boult will miss the Twenty20 series to concentrate on Test matches.

"Hopefully we can bat first and bat well," he said.

The West Indies only ended two weeks of Covid-19 quarantine on Thursday but Pollard said they were ready for the challenge.

"It is what it is, no one wants to hear about that, they want to see us come out and entertain," he said.

"For us it a better of getting the basics right."