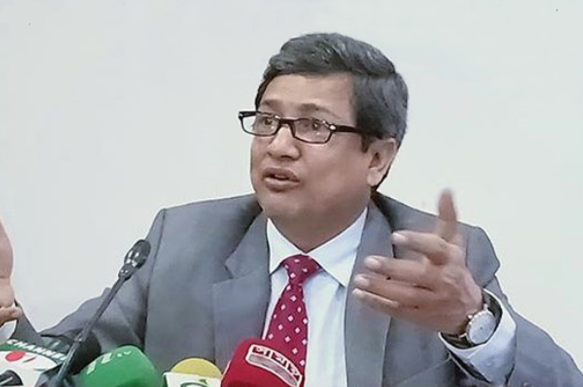 National Board of Revenue (NBR) Chairman Abu Hena Md Rahmatul Muneem said that the Board would award those VAT payers from January through lottery who would pay VAT through Electronic Fiscal Devices (EFDs).

Muneem said the invoices of the VAT payers would go through lottery process from January and after that the winners would be awarded by the Board to make the EFDs much more popular and thus create a healthy competition among the businesses to pay VAT.

The NBR Chairman said this while addressing a Dissemination Discussion meeting on the use of EFD-SDC (Sales Data Controller) held at a city hotel.

The NBR Chairman said, “Usually an adverse mindset prevails between the consumers and businessmen over VAT payment. The shop owners and businessmen think that VAT is an additional burden …as for VAT, the customers tend not to avoid those shops. On the other hand, the customers think although they pay VAT, but they don’t know whether that VAT go to the state exchequer or not.”

He said there is no reason for the businessmen to think that VAT is a burden to them as they do not give it from their profit.

The NBR chairman said all the eligible citizens of the country would have to pay taxes to build a developed and prosperous country as it is not possible to unleash development works in the country like construction of Padma Bridge, flyovers, without the taxpayers’ money.

He also assured the businessmen that with the increase of revenue collection, it would be possible for the revenue board to reduce the VAT rate. “If awards are introduced, then common people will feel more encouraged to pay VAT through EFDs. I hope that the consumers will find out those shops which have EFDs and thus do their shopping.”

NBR member (VAT implementation and IT) Dr Abdul Mannan Shikder said EFDs and SDCs were installed in Dhaka and Chattogram since August 25 while the NBR is directly monitoring the operations of the EFDs.