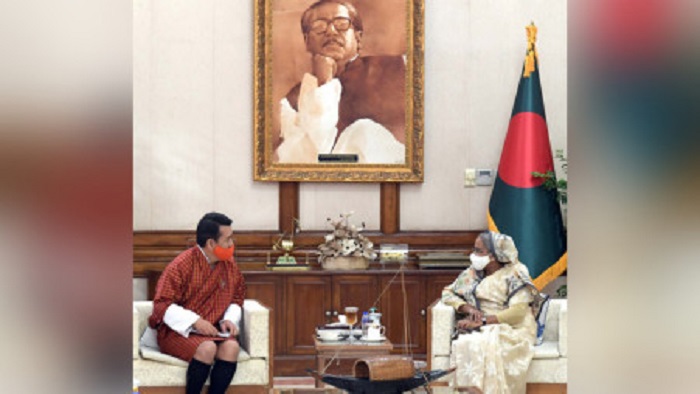 Bhutan will sign the Preferential Trade Agreement (PTA) with Bangladesh in December to further enhance trade and commerce between the two countries.

"All necessary works on the PTA have been completed to sign it next month," said Bhutanese Ambassador to Bangladesh Rinchen Kuentsyl when he paid a courtesy call on Prime Minister Sheikh Hasina at Ganabhaban on Thursday.

Noting that Bangladeshi garments are very popular in Bhutan, the ambassador said, "Bangladesh is not our friend only, it's also our trade partner."

The envoy highly appreciated the pragmatic leadership of Prime Minister Sheikh Hasina saying that Bangladesh’s economy is growing strongly under her leadership.

He mentioned that a good number of Bhutanese students, particularly medical students, are pursuing their studies in Bangladesh.

Expressing satisfaction over the prevailing relations between the two countries, the envoy said he will work to take the bilateral ties forward further during his tenure in Dhaka

In reply, the Prime Minister described Bhutan as a ‘friendly neighboour’ saying that Bhutan was the first country to recognise Bangladesh as an independent country in 1971.

Sheikh Hasina said Bhutan can use Bangladesh’s airports and seaports like Syedpur Airport, Chattogram and Mongla seaports for the mutual benefits.

During the discussion over coronavirus issue, the Bhutanese envoy informed that some 353 people have so far been infected with Covid-19 in Bhutan, but nobody died.

The PM said that the people of all professions and classes, including administration, the armed forces, police, BGB as well as her party leaders and activists are working together to contain the Covid-19 in Bangladesh.

Sheikh Hasina said her government has been giving highest importance to agriculture sector to ensure food security of the people.