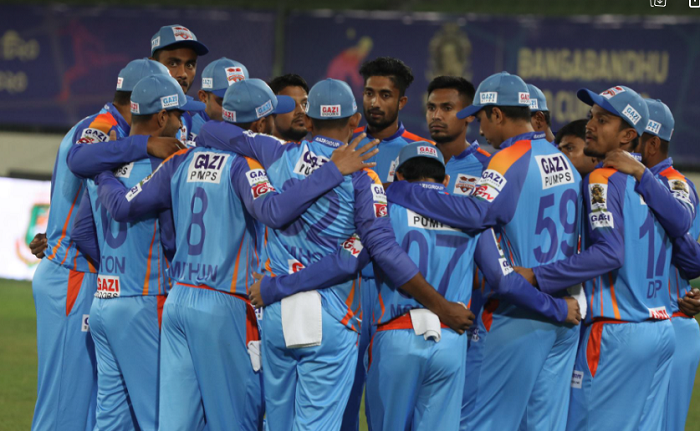 Gazi Group Chattogram won the toss and decided to bowl first against Beximco Dhaka in their first match of the Bangabandhu T20 Cup at Sher-e-Bangla National Cricket Stadium on Thursday.

Chattogram is formed with some of the best players of the T20 format. Mohammad Mithun will lead the side which is bolstered by the likes of Mustafizur Rahman, Soumya Sarkar, Liton Das, Mosaddek Hossain Saikat, Mominul Haque and others.

Mohammad Mithun though is inexperienced as a leader but he hoped to make a winning start to the tournament.

Fresh from their two-run defeat to Minister Group Rajshahi after failing to score 9 runs in the last over, Dhaka is eying to bounce back in the winning way.

Dhaka however made one change to their side from the first game with pacer Abu Haider Rony replacing off-spinner Nayeem Hasan.