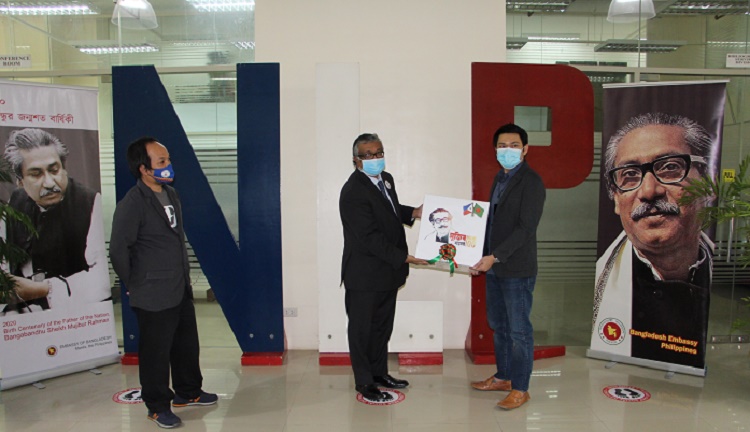 The Embassy handed over more than hundred books on the Father of the Nation Bangabandhu Sheikh Mujibur Rahman and Bangladesh, mostly in English, to the Library. 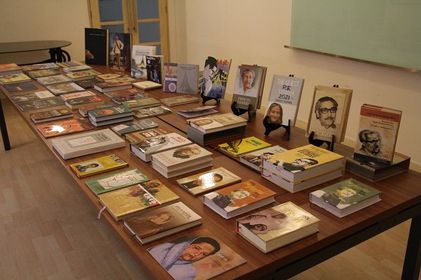 All these books contained the logo of the ‘Mujib Year’. Ambassador Siam shared how Bangabandhu Sheikh Mujibur Rahman steered the people of Bangladesh to freedom and independent Bangladesh and laid out the foundation of nascent Bangladesh for development and eventually made the ultimate sacrifice for his people.

Adriano thanked the Ambassador for donating the books to his library and viewed that these books would help the readers to understand Bangabandhu’s passion and sacrifice for freedom, peace and development of his people.

Terming the Father of the Nation as an icon for everyone loving freedom and peace and as a global leader, Adriano said that the books would be a window for the Filipinos to know this great Leader better.

He also thanked the Ambassador for making the National Library a partner in Embassy’s ‘Mujib Year’ celebration. He said that they would showcase and advertise the books for their readers and visitors.

After the handing over ceremony, the Ambassador had a meeting with the Director and discussed future possibilities to cooperate between the national libraries of the two countries.