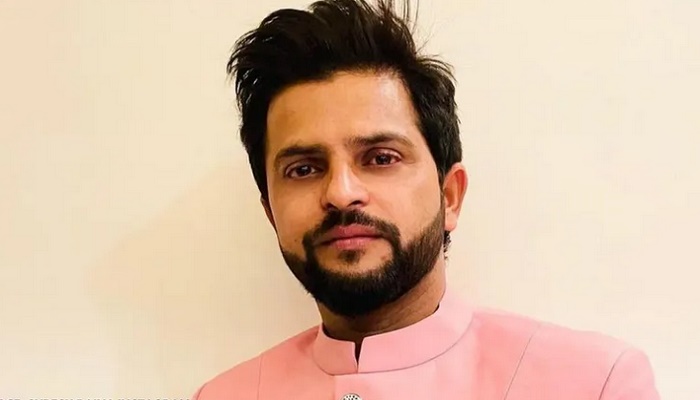 Former India batsman Suresh Raina has signed an MoU with the Jammu and Kashmir Sports Council for the development of aspiring cricketers in the region.

Despite missing out on the 13th edition of the Dream11 Indian Premier League, Suresh Raina is in the news for all the right reasons. The batsman has been striving towards the development of cricket in Jammu and Kashmir and his efforts have received appreciations from all corners. The southpaw's latest step towards the initiative is bound to delight cricket enthusiasts.

The 33-year-old reached a step closer towards his aim of promoting and facilitating the development of sports amongst the youngsters of the region. The ex-India player took to his Twitter account to announce that he has signed an MoU with the Jammu and Kashmir Sports Council as he plans to train up-and-coming cricketers from the Union Territory. Lt. Governor of Jammu and Kashmir, Manoj Sinha,  the Chief Secretary, BVR Subramaniam were present along with Nitishwar Kumar, the Principal Secretary to Lt. Governor during the signing.

Suresh Raina had met Sinha several times in the past few months in order to discuss his plans regarding the development of cricket in the region. He had also promised to set up as many as 10 schools in Jammu and Kashmir in one of his previous visits. The future seems to be bright for the aspiring cricketers of the Union Territory with a veteran player like Raina coming on board.

The dynamic left-handed batsman had cemented his place in the Indian side with his consistent batting performances in the middle-order, especially in white-ball cricket. His athleticism in the field was also lauded by the fans throughout his international career. The batsman, however, struggled to hold on to his position after Virat Kohli took over the captaincy from MS Dhoni. The 33-year-old surprisingly announced his retirement from international cricket through a social media post on August 15.

The fans of the cricketer were eagerly awaiting his return to the field in the cash-rich league but were left disappointed after Raina announced his unavailability for the competition. While the batsman had traveled with the Chennai contingent to the UAE for the league, he flew back to India citing 'personal reasons'. The Suresh Raina IPL 2020 absence created a void in the franchise's batting line-up, and they ultimately failed to finish in the top four.

As per Kreedon.com, Suresh Raina's net worth is estimated to be around ₹180 crore. The batsman used to receive a yearly salary of ₹1 crore from the BCCI courtesy of having a Grade C contract until 2019. Moreover, the batsman receives a handsome paycheck of ₹11 crore from the Chennai team for his services in the Dream11 IPL. He is believed to charge around ₹ crore per brand endorsement and has had associations with Fantain, sportswear brand Asics and Pureplay over the years.