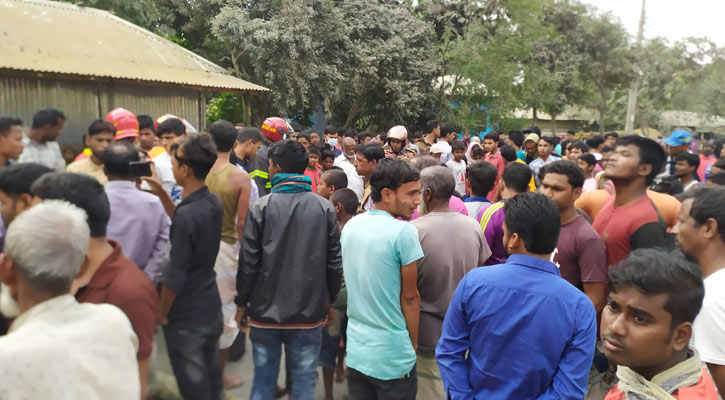 A woman and her son were killed and 5 others injured after a bus hit an auto-rickshaw in Chowdhury Mor area under Kaliganj upazila of Lalmonirhat on Thursday morning.

The deceased were identified as Monjila Begum, 32, wife of Badiuzzaman and her son Sajedul Islam, 3, hailing from Showlmari village at Bhotmari union of the upazila.

Quoting locals, police said that the passenger bus hit the auto-rickshaw on Bhurimari highway at the area at 11:00 am, leaving Manjila dead on the spot and six other passengers, including a minor boy, injured.

Two of the injured were shifted to Rangpur Medical College Hospital for better treatment.