Karl the doggo’s bark is ‘way too powerful’ 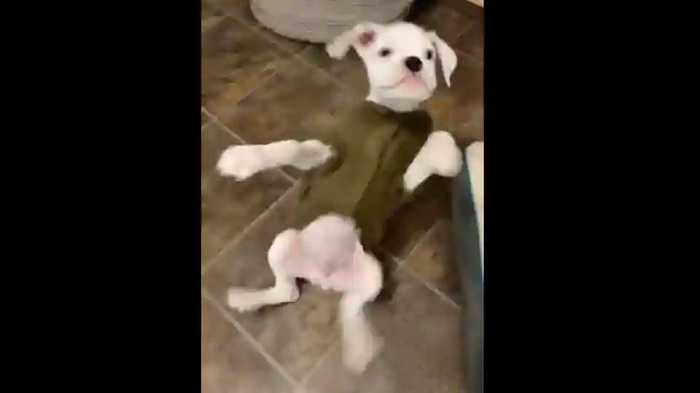 Dogs are not exactly aware of how goofy and cute they can be. Thankfully, we do. Probably that is the reason, the videos capturing various antics of dogs are a hit among people. Just like this clip shared on Twitter. It features a dog named Karl whose bark is “way to powerful”.

Shared on the Twitter profile called WeRateDogs, the video shows the dog barking. It’s what happens after the bark that has now tickled people’s funny bone.

“This is Karl. He’s been working on his bark. Turns out, it’s way too powerful. 12/10,” shared with this caption, the video is absolutely amazing to watch.

Since being shared, the video has quickly gathered nearly 1.7 million views. Additionally, it has amassed tons of comments from people.

“I honestly can’t stop laughing,” wrote a Twitter user. “This is unbelievably cute but can we talk about the cardigan?” shared another. To which, the original poster replied “we can yes.”

“This is a clear example of Woofton’s Third Law of Physics: Every woof has an equal and opposite woops,” wittily tweeted a third. “You will grow into that bark, Karl! Until then, maybe your human could provide some cushions around the house? Or that cute sweater could be purchased in a bubble wrap style?” said a fourth.