Covid: How do you vaccinate a billion people? 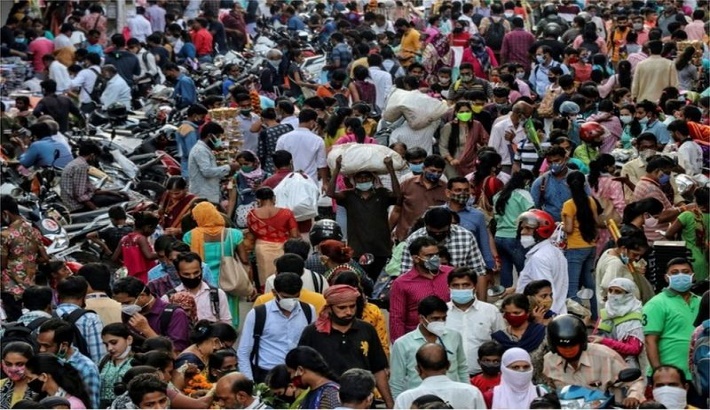 When it comes to vaccine making, India is a powerhouse.

It runs a massive immunisation programme, makes 60% of the world's vaccines and is home to half a dozen major manufacturers, including Serum Institute of India - the largest in the world.

Not surprisingly, there's no lack of ambition when it comes to vaccinating a billion people against Covid-19. India plans to receive and utilise some 500 million doses of vaccines against the disease and immunise up to 250 million people by July next year.

This confidence is bolstered by its track record of immunising large numbers of people every year. India's 42-year-old immunisation programme, one of the world's largest health programmes, targets 55 million people - mainly newborns and pregnant women who receive some 390 million free doses of vaccines against a dozen diseases every year. The country also has a well-oiled electronic system to stock and track these vaccines.

Yet vaccinating a billion people, including hundreds of millions of adults for the first time, against Covid-19 is going to be a daunting and unprecedented challenge, say experts.

Five of the 30 vaccine candidates being developed in India are in clinical trials. They include the Oxford-AstraZeneca vaccine which is being tested by Serum and a home-grown one being developed by Bharat BioTech. "Having a home-grown vaccine is a top priority," Dr Renu Swarup, secretary of India's Department of Biotechnology, told me.

From choosing a bouquet of vaccines to grappling with distribution to identifying groups for the early jabs, "everything is a challenge", says Dr Gagandeep Kang, a microbiologist and the first Indian woman to be elected Fellow of the Royal Society of London.

"We are underestimating the complexity of the exercise. It will take at least a couple of years to get half of Indians vaccinated."

Here are some of the main challenges:

India has some 27,000 "cold chain" stores from where stocked vaccines can reach more than eight million locations. (Nearly all vaccines need to be transported and distributed between 2C and 8C in what comprises the so-called cold chain.) Will that be enough?

India will also need enough auto-disabled syringes that will prevent reuse and possible reinfection. The country's biggest syringe maker says it will be making a billion such syringes by next year to meet rising demand.

Then there are questions about smooth supplies of medical glass vials. And what about the disposal of the huge amount of medical waste that will be generated by this mass vaccination drive?

"I worry about how we can [extend all the resources] to rural India," Kiran Mazumdar Shaw, founder of Biocon, the country's leading biotechnology enterprise, told me.

Who's going to get the early jabs?

Vaccine supplies will be tight next year, and deciding who will get the jabs first is going to be tricky.

Experts believe it's not going to be easy.

"We will never have sufficient supply of vaccines. The prioritisation of recipients is going to be a considerable challenge," says epidemiologist Dr Chandrakant Lahariya.

If elderly people with underlying conditions are eligible for early shots, how will different co-morbidities be prioritised?

India, for example, has more than 70 million diabetics, the second highest in the world. Will all of them be given a blanket preference?

Rolling out the vaccine in all the 30 states will not be possible. So will early supplies go to states worst-hit by the pandemic?

Questions about equity and non-partisanship are inevitable.

Stitching up manufacturing contracts with vaccine makers with a "reasonably good portfolio" of vaccines should help India give sufficient doses to people relatively quickly, according to Prashant Yadav, who studies health care supply chains at the Washington-based Centre for Global Development.

But the success at routine immunisation doesn't guarantee success with Covid-19 vaccines, he says.

"The routine immunisation infrastructure has a huge footprint, but is mostly for government-run clinics. There is no large-scale adult vaccination programme and adults don't routinely seek primary care in government public health care centres," says Dr Yadav. A well-regulated public-private partnership is the only way out this time, he adds.

People like Ms Shaw and Nandan Nilekani, a co-founder of Infosys, one of India's biggest information technology services companies, suggest that India should use Aadhaar, the unique 12-digit identification number that over a billion Indians use to access welfare and pay taxes, to record and track each dose.

"We need to design a system than can do 10 million vaccinations a day across the length and breadth of the country but all unified by a digital backbone," Mr Nilekani told a newspaper.

Some of the concerns are about corruption over access to vaccines.

How do authorities prevent fraud such as people getting fake papers to include themselves in lists of people who are selected for early shots? And how do you prevent fake vaccines being sold in remote markets?

Vaccines come with side effects for some people. India has a 34-year-old surveillance programme for monitoring such "adverse events" following immunisation.

But researchers have found that benchmarks for reporting side effects still remain weak and the number of serious adverse events are still far less than the expected numbers.

A failure to transparently report adverse effects could easily lead to fear-mongering around vaccines.

Who will pay for it?

This is possibly the biggest question. Will the government acquire all the doses and roll out a state-run free or subsidised vaccination programme? Or will the affluent pay for their doses at market prices through private distribution and sale?

Experts like Dr Lahariya believe that the government should be footing the bill for vaccinating every Indian until the pandemic is over. Others like Dr Shaw say that private firms could pay to vaccinate their employees.

Mr Nilekani reckons that with vaccines costing between $3 and $5 (£2.24 and £3.74) in the beginning, a dual dose vaccine could cost up to $10 for each Indian and $13bn for India. That would be very expensive.

That's why, says Gagandeep Kang, a good vaccine for India should cost below 50 cents a shot, be plentifully available and delivered as a single dose.