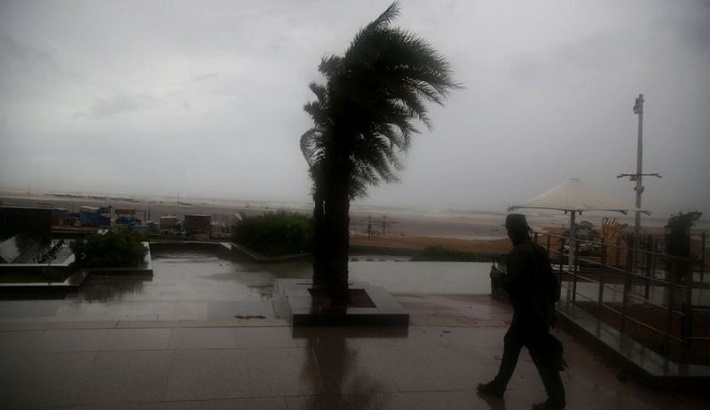 Officials said it reached winds of more than 120km/h (75mph) but then weakened into a severe cyclonic storm.

Tens of thousands of people from low lying areas had been evacuated ahead of landfall.

According to local media, one woman died when a wall collapsed following heavy rain.