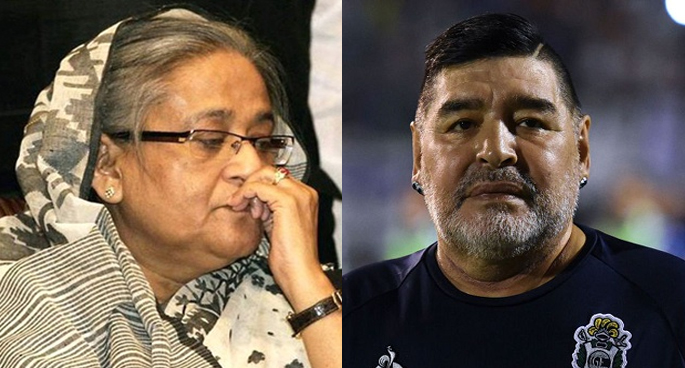 Expressing profound shock and sorrow at the death of football legend Diego Maradona, Prime Minister Sheikh Hasina has said that this Argentine footballer, one of the greatest players in football history, will remain alive in the hearts of football fans across the world forever.

In a condolence message, she said that his sporting prowess will act as an inspiration to future football players for ages, she said.

Sheikh Hasina wished eternal peace for the departed soul of the great footballer and expressed deep sympathy to the bereaved family members.

Diego Maradona, one of the greatest footballers of all time, passed away on Wednesday at age 60 after suffering a heart attack at his Buenos Aires home in Argentina.