Bangladesh exports to US may benefit from Biden presidency 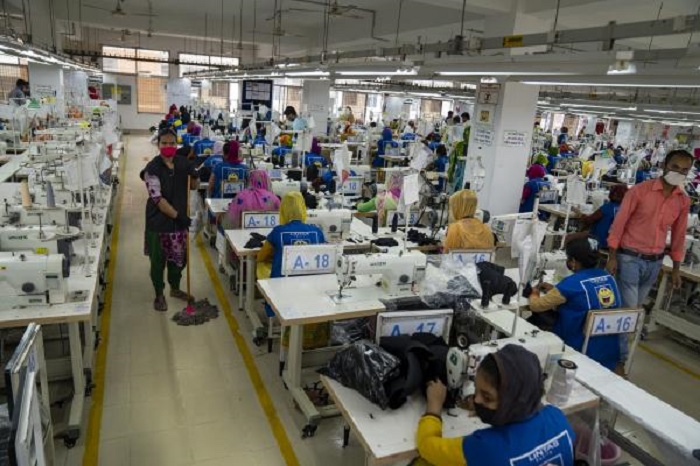 The recent change in power in the US may create a greater export opportunity for Bangladesh in the world’s largest consumer market, some exporters and trade analysts think.

The announcement of the Democrats for US economic recovery and a return to liberal world trade policy in contrast to Republicans’ conservative policy is likely to stoke global trade, analysts said.

The US market is the single largest export destination of Bangladesh, especially for its apparel products. The US market generates nearly 22 per cent of the country’s total exports income.

Bangladesh’s exports may indirectly benefit from this liberal policy even though some analysts expressed scepticism that there is little room for hope of direct export benefits.

Once the domestic demand surges in the US, it will help boost Bangladesh’s exports there. Besides, scopes might be created to benefit from some treaties linked to climate change and other areas, some optimistic analysts say.

“The President-elect Joe Biden has announced a 100-day economic recovery programme. If the scheme is implemented, it will create new jobs along with reinstating jobless people, which will eventually increase their purchasing power,” Research Director of Centre for Policy Dialogue (CDP) Dr Khandaker Golam Moazzem said.

“As a result, new opportunities will be created for Bangladesh’s exports to the US,” he said, adding that new hope has also been created in global trade with the announcement for a liberal trade policy by Joe Biden.

Changes are seemed to start even before the new administration of President-elect Joe Biden assumes office. Joe Biden is expected to take the office of the world’s most powerful country on January 20 next year.

Some $6 billion or Tk 510 billion worth of goods are shipped to the US market every year. But exports faced some setback after the US economy became volatile amid Covid-19 pandemic.

Some established US companies are on the verge of bankruptcy. At least 15 companies, including some large importers of Bangladeshi apparel products, have filed for bankruptcy, according to local RMG exporters.

In these circumstances, the Joe Biden administration has vowed to recover the economy from this setback.

The conservative policies of Trump administration have kept global trade with the US squeezed, but the new policy may put an end to it, Dr Moazzem explained.

“The new policies may bring momentum to economies of many countries and demands will increase. It will also expand the scope for Bangladesh’s exports to US,” he pointed out.

However, he warned that getting back the suspended GSP facility in the US market won’t be an easy task for Bangladesh.

Even it could be tougher as democrats are uncompromising in terms of labour rights, human rights, environment and democracy across the globe, he also warned. “So, Bangladesh has to remain cautious in these issues.”

“The return of Democratic Party in the power of the US is definitely good news for Bangladesh’s export sector, because Trump administrations’ conservative policy declined demand of Bangladeshi goods in the US market,” commented Ashikur Rahman Tuhin, managing director of Macy's Garments Ltd.

Some other apparel exporters also echoed the same, saying that the announcement of Joe Biden not to return to TPP deal with eight countries including Vietnam will also help create a level-playing field for Bangladesh’s exports to the US.